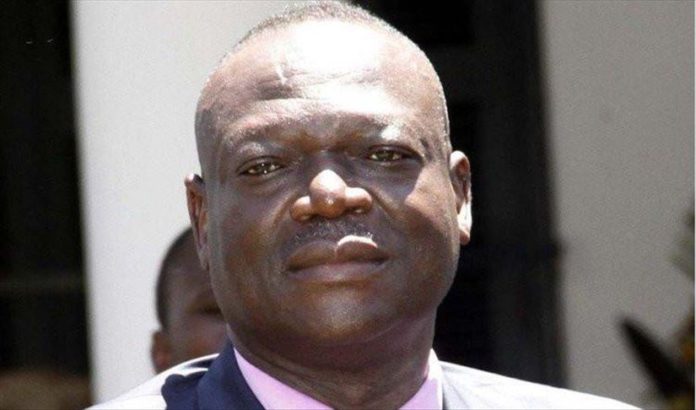 Zimbabwe’s Agriculture Minister Perence Shiri died at the age of 65, the country’s president announced on Wednesday.

“I am deeply saddened to inform the Nation of the death of the Minister of Agriculture, Air Chief Marshall (rtd) Perrence Shiri, a long time friend and colleague,” Emmerson Mnangagwa wrote on Twitter.

“Shiri was a true patriot, who devoted his life to the liberation, independence and service of his country,” Mnangagwa added.

While the president did not reveal the cause of death, local media reported that Shiri’s driver succumbed to COVID-19 a day earlier forcing the minister to go into isolation.

“The minister’s driver died from the virus and it is only normal that the minister goes into self-isolation,” George Charamba, a presidential and Cabinet spokesman, was quoted as saying.

Shiri, a former liberation war fighter, rose through the ranks to become the commander of the 5th Brigade in 1983.

Fifth Brigade is known for the alleged slaughter of thousands of civilians in a series of massacres, called Gukurahundi, in the southwestern Matabeleland region.

In 1992, Shiri was appointed as the commander of the Air Force of Zimbabwe, a position he held until he was appointed minister of agriculture in November 2017.

Zimbabwe now has 2,817 confirmed cases of the coronavirus. On Tuesday, the country recorded four new fatalities, bringing the death toll to 40.

COVID-19 cases are on the increase at a time when the health delivery system experiences shortages of basic medicines, hospital equipment and staff shortage. Doctors and nurses are on strike demanding better salaries and personal protective clothing.