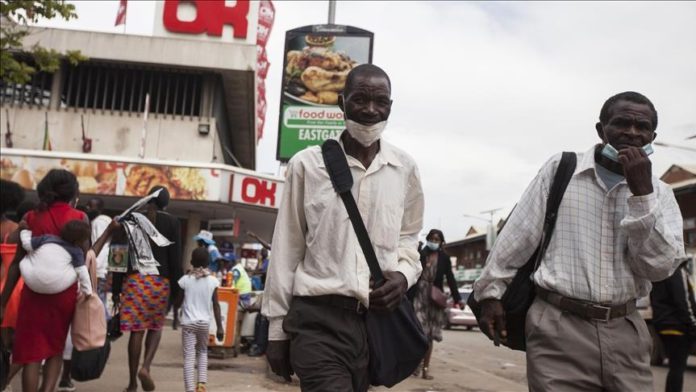 Zimbabwean president Thursday said his government is targeting to vaccinate 60% of the nearly 15 million population with help from China and other players.

“A national vaccination deployment framework has been finalized to inoculate at least 60% of the population to achieve population immunity,” President Emmerson Mnangagwa said during his address to the nation.
“The first phase of the inoculation will see frontline workers, the elderly, and those with underlying medical conditions being prioritized,” he said.

Zimbabwe will receive 200,000 doses of the Chinese Sinopharm vaccine, while the rest will be acquired through the government’s funding and assistance from private businesses, African Union, Global Fund, and COVAX Facility, Mnangagwa revealed.

President Mnangagwa’s remarks comes barely a day after his Finance Minister Mthuli Ncube told the nation through his televised interview that the government would give free doses to frontline workers and that “private citizens” would be expected to buy their vaccines.

The statement stirred a storm with citizens demanding clarity on the vaccination program, forcing the finance minister to backtrack on his statement.

“I would like to make it clear that the vaccines that the government is procuring with the support of our international partners and friends will be made available for free to the citizens of Zimbabwe,” Ncube said.

Zimbabwe is the only Southern African country to receive the Chinese vaccines.