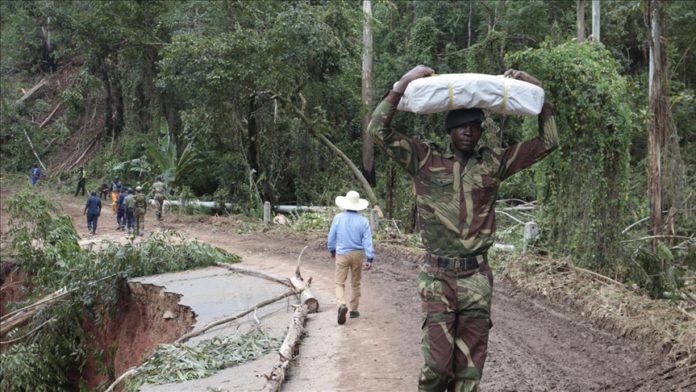 Survivors of Cyclone Idai, which ravaged parts of eastern Zimbabwe and Mozambique in March 2019, killing hundreds of people, are worried that Cyclone Chalane may be equally ferocious.

Tropical storm Chalane weakened to a tropical depression as it crossed Madagascar over the weekend and is now in the Mozambique Channel, according to ReliefWeb, a UN-sponsored information service. But it could strengthen before it makes landfall in Mozambique, where it is expected to reach the city of Beira by Wednesday night.

While predictions say the wind speeds are expected to be well under half those of Cyclone Idai, residents along the track in Chimanimani and Chipinge districts are worried this could be a repeat of what was experienced in 2019.

Some survivors of Idai in Chimanimani formed WhatsApp groups to facilitate mobilization, and it is in these groups that concerns were raised.

“We are still to recover from the scourge of Cyclone Idai, and here we face yet another cyclone. We need to be strong and put in place disaster preparedness,” said one member.

“It’s tricky. The government is telling us to go to higher ground, yet Cyclone Idai badly hit those who were living on higher ground. What do we do then?” said another survivor.

“I wish I had an alternative home, and I would ferry my mother, father and other family members to a safe place. We just have to face it,” said another member.

Villagers in Chipinge, which is closer to the border with Mozambique, are already in panic mode as they have received heavy rains and winds leading to flooding in the past few days.

Some homes have been destroyed, although authorities say Chalane may be felt from Dec. 30.

“It is to land on the 30th of December, but Zimbabwe would be affected by the rain bands,” the Zimbabwe Meteorological Department said on its official website.

“Most likely, the rains will be like those we had during this season like heavy downpours and flooding in places, but not to the extent of Cyclone Idai.”

However, the government has indicated that its disaster unit is on high alert and has already established evacuation centers in places likely to be hit by the disaster.