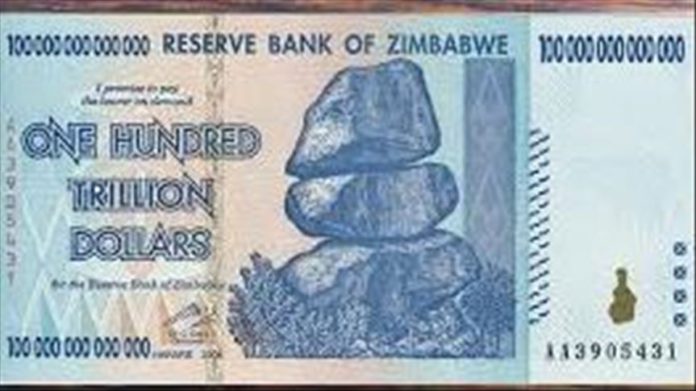 According to the International Monetary Fund (IMF), inflation in Zimbabwe hovered above 300% by the end of 2019.

Zimbabwean authorities from the Central Bank and the Reserve Bank of Zimbabwe recently approved the introduction of 10 and 20 Zimbabwe dollar banknotes worth around 600 million Zimbabwe dollar ($24 million) in local currency. The money, they said, will hit the market beginning this quarter.

Meanwhile, the Southern Africa nation currently has banknotes for 2 and 5 Zimbabwe dollars and coins only in local currency.

“The plans are advanced and higher denomination notes will be made available to the public sometime later this month,” Eddie Cross, a member of the Monetary Policy Committee of Zimbabwe’s Central Bank, told state media over the last weekend.

Zimbabwe ditched the use of its own currency at first in 2008 following hyperinflation which eroded the value of the local currency.

In June last year, the Finance Ministry banned the use of foreign currency as legal tender in an apparent bid to combat inflation, which authorities claimed was being fueled by illegal money changers.

Cornered by yet another wave of inflation, this year in March, Zimbabwe reintroduced the use of multi currencies like US dollar, South African rand and British pound, which however did not push out the feared local currency.