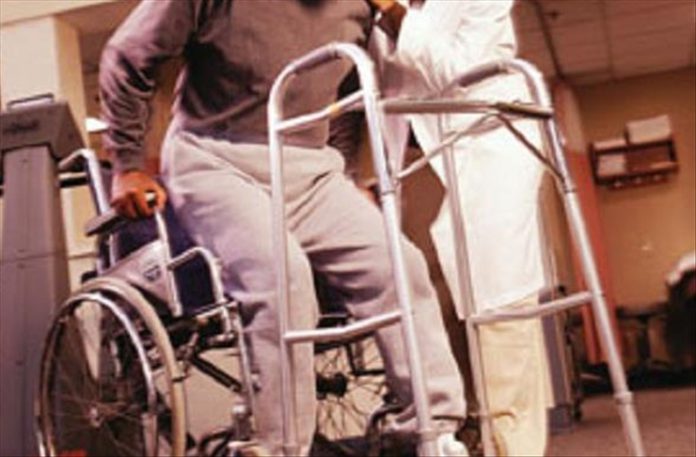 With the economy of landlocked southern African country Zimbabwe in shambles, the cases of frequent strokes fueled by diabetes and hypertension are rising like an epidemic.

To add insult to injury, in many cases the recovered patients have been dismissed from services, affecting their livelihood.

A stroke is a medical condition when the blood supply to part of the brain is interrupted or reduced. The condition prevents brain tissue from getting oxygen and nutrients leading to their death in minutes.

Before she was paralyzed by the stroke Thandekile Ngwenya, 48, a mother of four was working with a top NGO. She was hospitalized for six months in neighboring South Africa.

“I loved the job, but it but was very demanding. Taking work to her home often and working on weekends was the order. I mention my work because the pressure of work especially during the time I had the stroke was too much. It could have contributed other factors that led the stroke,” Ngwenya told Anadolu Agency.

After spending six months in hospital, when she decided to return to her duties after a partial recovery, the doors were slummed against her.

“While I was expecting to go back to work, I got a letter relieving me of my duties on the grounds of ill health. I was not even allowed to try working again. The view was that I am sick and is no way that I could work,” said Ngwenya.

Even as many stroke survivors like Ngwenya claim that overworking may have brought them the disease, physiotherapists like Harare-based Regis Mugano, said unmanaged diabetes also causes stroke, besides renal failure, amputations, and blindness.

For Melisa Mhete, working as a caregiver for a stroke patient in Harare, Zimbabwe’s economy is particularly to blame for the rising cases of strokes.

“People are facing so many challenges in their homes and at their workplaces because the money they are earning is not enough. Much worse than the local currency has not survived inflation,” Mhete, told Anadolu Agency.

According to Belinda Pfende, president of Stroke Organization Zimbabwe (SOZ), the challenge in Zimbabwe is a lack of records and very little research in the field of non-communicable diseases, especially heart diseases. Yet, it is believed that one in every six Zimbabweans will have a stroke in their lifetime.

“Cases of stroke are definitely on the increase because hypertension, diabetes, obesity, which are the risk factors for stroke, are also on the rise,” said Pfende.

Henry Gura, a doctor believes that undiagnosed hypertension is a major cause of strokes.

“Everywhere in public places in Zimbabwe, there is nowhere one can go for routine checks, one only has to approach private healthcare providers where fees are astronomical,” he said.

Further, it costs $100 for each session for patients to undergo physiotherapy sessions across Zimbabwe’s private hospitals. The public hospitals do not have the resources to fight the ailment.

For Zimbabwe, battling a dysfunctional public healthcare system, the burden of strokes is another cause of headache.

“After one is affected by stroke, apart from treatment and all, it is the question of rehabilitation through physiotherapy over a long period at private healthcare centers, which means people have to pump out money,” said Gura.

Claris Madhuku who heads the Platform for Youth Development sees no respite in cases of stroke in this Southern African nation.

“Things are not getting any better here and this means more and more cases of stroke will continue to be recorded yet with no help from the government for the victims of stroke,” he said.

In 2018, the World Health Organization estimated that stroke was responsible for 4% of deaths in Zimbabwe.

Activists like Pfende say they are creating awareness to promote prevention.

“Stroke affects everyone and prevention is something we can all do something about; we want to see more people talking about stroke,” he said.