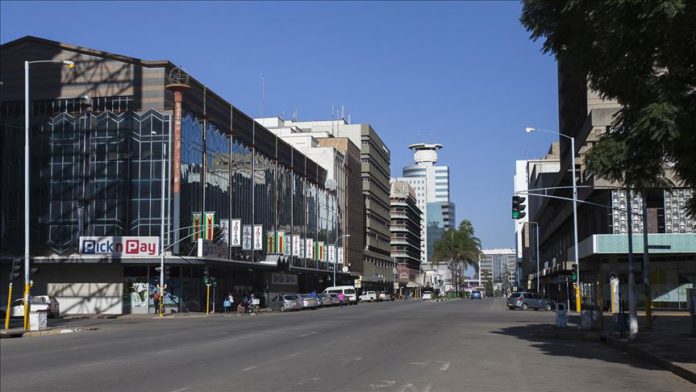 Facing myriad political and economic challenges, a new wave of dissensions in the ruling front is further eroding the authority of Zimbabwean President Emmerson Mnangagwa.

The Zimbabwe African National Union-Patriotic Front (ZANU–PF) has been ruling the landlocked southern African country since its independence in 1980. The party was led for many years under Robert Mugabe, first as prime minister and then as president until he was removed as the leader in 2017.

The factional turfs within the ruling party have been hogging headlines in the Zimbabwean media with President Mnangagwa clashing with one of his deputies Constantino Chiwenga– former army commander who led the coup against Mugabe.

Former ZANU-PF online crusader, Kudzai Mutisi has also clashed with the president’s office and his cabinet. eTaking to Twitter recently, he described cabinet as “dunderheads”, who have no idea about the economy. “There is no functional formal forex trading platform. This cabinet is sick and rotten,” he wrote.

But, despite his disgruntlement at the state of the economy, Mutisi is a known supporter of President Mnangagwa.

One of President Mnangagwa’s advisers, Shingi Munyeza recently broke the tradition by releasing a video message, saying that the country even 40 years after independence was living in extreme hardships.

“The unprecedented corruption means there is no leadership across the board. We have lost good quality, solid and visionary leadership competent enough to move this nation forward, “said his Twitter message.

Besides being part of Zimbabwean President Mnangagwa’s Advisory Council, Munyeza is a Zimbabwean religious leader and businessman, running several outlets in Harare, including the KFC franchise.

Before he was dismissed from his government post, Deputy Information Minister Energy Mutodi claimed that his life was in danger from one of his ministerial colleagues.

“Living in fear of the Chris Mutsvangwa-SB Moyo coalition. I hope it won’t resort to wartime tactics. Appealing for prayers,” Mutodi posted on Twitter on May 13.

Mutsvangwa is the chairperson of the Zimbabwe Liberation War Veterans’ Association and was also once an adviser to Mnangagwa.

A member of the then Team Lacoste faction in Zanu-PF that worked with the country’s military, he (Mutsvangwa) was pivotal in the events that led to the ouster of former Zimbabwean President Mugabe.

SB Moyo is a foreign minister and retired army chief who had announced the ouster of Mugabe on the national broadcaster in November 2017.

Although there is nothing new in the divisions, with economic crises haunting the country with 500% inflation, they have become sharper.

“The divisions were there even before 1980. They are part of the Zanu-PF culture. As history can testify, Zanu-PF is a fractious movement. They seem not to be able to do without factions, Ernst Mudzengi, political analyst and director of the Media Center Zimbabwe, told Anadolu Agency.

To stem the dissension, Zanu-PF national spokesperson Simon Khaya Moyo recently opened a Twitter account and invited questions from the public. He intended to open an outlet for complaints.

“Without a proper agenda for national development, we can only expect factionalism to rise again in the ruling party. The focus of the party is to carve self- enrichment schemes and that gives rise to tensions and factions,” Africa Adviser at International Media Support Rashweat Mukundu told Anadolu Agency.

He said that these differences are not ideological or on national development policy, but based on self-interest and access to resources.

But, Farai Gwenhure, another Zimbabwean political analyst, who is also a law student with the University of South Africa, said the difference in the party was different unlike in the past.

Yet, Zanu-PF director of information, Tafadzwa Mugwadi sees no evil in his party.

“There is no factionalism in Zanu-PF, rather it exists at the house next door among the opposition,” Mugwadi told Anadolu Agency, referring to the country’s biggest opposition Movement for Democratic Change Alliance party (MDC Alliance).