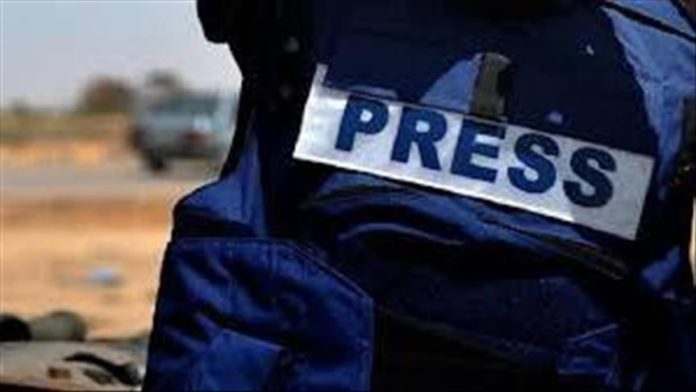 Poor wages, a devalued currency, and intimidation are haunting journalists in the southern African country of Zimbabwe.

With over a decade of experience as a freelance journalist under his belt, Thomas Madhuku, 35, has faced imprisonment and harassment from law enforcement agencies, and has faced numerous attacks while performing his duties.

Just last year, he was attacked at a press conference organized by student leaders over the abduction of Tawanda Muchehiwa, a Midlands State University journalism student.

“We were covering a press conference by ZINASU [Zimbabwe National Students Union] leaders who were demanding answers on the abduction of Muchehiwa. My phone was taken away by some militia with the assistance of the police,” he told Anadolu Agency.

It is not only the bouts of harassment at the hands of authorities and militia, but low wages are also impacting the journalists’ working conditions.

“I think the work environment is not ideal. The remuneration levels are too low to survive. Employers are also struggling because the media sector has been affected the most by current economic challenges,” said Madhuku.

Speaking to Anadolu Agency, Nkosana Dhlamini, editor of news portal NewZimbabwe.com, said that journalists are becoming victims as they often expose rights abuses against the public.

“In terms of wages, there is general despondency within the fraternity. They are often paid in the resented local currency,” added Dhlamini.

Landlocked Zimbabwe, the scene of much turmoil over the years, has seen its dollar drastically lose value against the US currency. At the current rate, 85 Zimbabwean dollars equal $1.

Such is the fear of intimidation that a top journalist reporting for an international news agency chose to speak on condition of anonymity about the crisis.

“Zimbabwe’s journalists are poorly remunerated, with many of them only able to make it to live the next day,” the journalist told Anadolu Agency on the condition of anonymity.

“Further, so-called handlers have turned many of them into lapdogs deciding what stories they should or should not write.”

“Zimbabwean journalists face serious threats from those in positions of power who want to use them as mere pawns in the game of politics,” said Mlondolozi Ndlovu, head of the Young Journalists Association.

He said those in power feel journalists should take positions that suit them, which affects those who report objectively and expose misdeeds by those in power.

“In terms of wages, journalists are some of the least-paid personnel, as they receive peanuts from both the privately owned and publicly owned media,” said Ndlovu.

Some earn less than $50 per month, which is not enough to take care of their personal needs and makes them more prone to corruption, he added.

Journalist Lucy Yasini said even in the wake of the 2017, the end of late President Robert Mugabe’s era of despotism, there has been no respite for journalists.

“The situation has not changed much as compared to the previous regime. What is new are the faces in power, but the tactics towards journalists are still the same. They are treated like enemies when they write in a way that is critical to those in authority,” Yasini told Anadolu Agency.

She said the country’s weak economy has affected the media industry as well.

“As we speak, some journalists are failing to even put food on their table,” she explained. “In the end, media owners are paying journalists next to nothing due to the non-performance of the economy leading to reduction of revenue flows into these companies, thereby affecting the quality of stories published or broadcast by media houses.”

On Friday Hopewell Chin’ono, a prominent Zimbabwean journalist known for covering corruption, was arrested by state security, his third such arrest in only six months.

He had exposed corruption in procurements related to combat COVID-19. His coverage led to the resignation of Health Minister Obadiah Moyo, accused of diversion in multimillion-dollar deals to procure essential supplies to fight the pandemic.

Last April, Tabani Moyo, director of the Zimbabwe office of Media Institute Southern Africa (MISA), said constitutional rights are on trial as journalists and media workers are being persecuted. He said the government of Zimbabwe must uphold the country’s Constitution and see to it that those that violate it are held accountable.