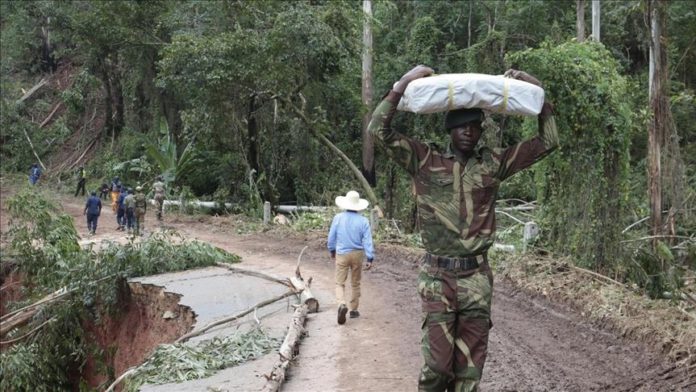 A flood alert has been issued in Zimbabwe ahead of Cyclone Chalane, which is expected to make landfall on Wednesday night.

Mozambican city Beira is most likely to be hit. The continuous rains associated with heavy winds are already blowing in the eastern parts of Zimbabwe.

According to weather experts, the next 12 hours would be crucial for Zimbabwe.

“In the next crucial 12 hours and beyond, watch out for riverine and flash flooding, sudden gushes of water mudslides or landslides. Continuous rains and destructive winds are expected leading to the collapse of huts and trees due to excessive moisture,” said the Meteorological Services Department website in an alert issued on Wednesday morning.

Nick Mangwana, secretary in the Ministry of Information warned gold miners to avoid going to mines over the next four days.

“The amount of rainfall expected in the next four days is so much that artisanal gold miners should evaluate the risk of going below the ground when the chances of flooding are very high, it’s not worth it,” he warned using his Twitter handle.

Zimbabwe has vast deposits of gold throughout the country. The illegal mining activities have left many disused mines and shallow tunnels.

Since Monday, reports of rains and heavy winds leading to flooding and destruction of homes are being received in Chipinge — one of the three districts closer to the Mozambique border.

When Cyclone IDAI struck last year, the three districts, Buhera, Chipinge, and Chimanimani, were affected with the latter bearing the heaviest brunt of its ferocity.

More than 300 people were reported missing and are yet to be traced. Taking lessons, the government has decided to act fast to save people to form Cyclone Chalane. It has been working to set up tents, evacuation centers, and is stocking food and water in the affected areas.