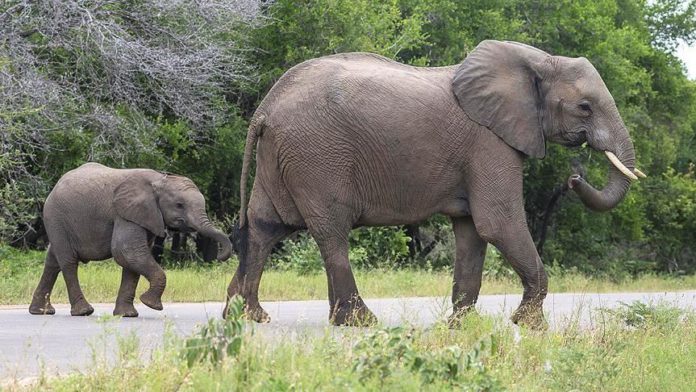 Zimbabwean authorities are investigating the mysterious death of 22 elephants in Pandamasue Forest, located between Hwange National Park and Victoria Falls, extreme northwest of the capital.

The first group of 11 elephants were found dead last Friday with their tusks intact thereby ruling out poaching, parks and wildlife officials said.

The number of jumbos increased to 22 from Sunday to Tuesday and the cause of deaths still remains mysterious.

“We have taken samples for testing in a specialiazed laboratory in Victoria Falls and we are still waiting for results.

“From the tests done so far we can safely rule out poaching, cyanide poisoning and anthrax,” Tinashe Farawo, spokesperson of Zimbabwe National Parks and Wildlife Management Authority told Anadolu Agency.

Farawo added that “the young and weak elephants are the ones that have died so far, anything could have killed them including poisonous bushes. As food gets more scarce, these elephants end up eating anything.”

Sources within parks and wildlife have hinted that authorities are concerned if the cause of deaths is announced; poachers could take advantage and start killing the elephants in large numbers.

On the other hand independent scientists who chose to remain anonymous have suggested the elephants could be dying after consuming a very poisonous bush, which they could not name for obvious reasons.

In a bid to manage a possible infection outbreak, parks and wildlife officials have now decided to burn the carcasses together with their ivory, Farawo said.

The mysterious deaths of elephants in Zimbabwe could be similar to the deaths of 275 jumbos in neighboring Botswana.

Poaching, poisoning and anthrax have also been ruled out in the Okavango Delta sanctuary.