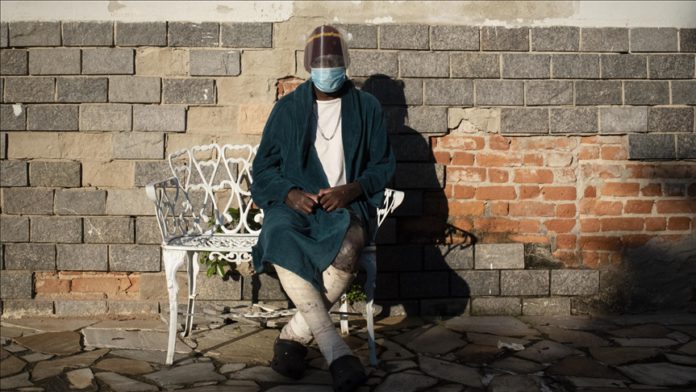 Zimbabwe is joining the world to mark World Leprosy Day which falls on Jan. 27 amid revelations that 12 new cases were recently diagnosed in a northwestern district.

This news was announced during a seminar held virtually ahead of World Leprosy Day.

“As a country we ruled out leprosy to explain many skin diseases that were presented at our health facilities until some training on leprosy was done in 2019,” said Dr. Nicholas Siziba, who works on leprosy for the Health Ministry.

“After the training, health centers in the Binga district detected eight cases in the same year, two in 2020, one in 2021, and another this January.”

Siziba said the new cases were all traced all the way back to 1983, as they were in contact with leprosy patients who passed it on to them.

At that time leprosy was being detected at a rate of five per 10,000.

Leprosy, caused by bacteria, is one of the oldest diseases known to humankind.

The disease can affect the nerves, skin, eyes and the lining of the nose, and patients often have missing fingers or toes and eyelids that cannot shut.

Binga is situated 545 kilometers (339 miles) northwest from the capital Harare, and is one of the most underdeveloped districts in the country with a population of 183,000. ​​​​​​​

“Zimbabwe eliminated leprosy as a public health problem in 1992, then the country stopped anti-leprosy programs such that even funding for leprosy was no longer being availed,” said Siziba.

“The country doesn’t have a leprosy referral center, as the only old one that was in Harare at Sally Mugabe Hospital formerly known as Harare Hospital was closed due to COVID-19,” he added.

Siziba added that as screening and diagnosis of leprosy is very low, “we have a feeling we still have leprosy in the country’s hotspots but our program is inactive, and the cases we detected recently are due to a revived program and training.”

Zimbabwe recorded 12 new leprosy cases between 2017 and 2021 in Matabeleland North – the highest number in a district so far – but also recorded four cases in Mashonaland Central between 2015 and 2020.

“The 12 new cases however came as a shock and have prompted the Health Ministry to revive the leprosy testing and diagnosis program nationwide,” said Siziba.

Meanwhile Mutemwa, the only leprosy center in Zimbabwe, is struggling to get food and medication for its post patients, meaning patients who have been treated and can no longer spread the disease.

The center was established by well-wishers in 1937 in Mutoko, 147 km (91 miles) northeast of the capital.

In 2012, the Catholic Church took over the facility, owing to the work by the late John Bradburne, a Franciscan friar who helped people affected by leprosy.

A visit to the center established that the home has 19 post-leprosy patients who are struggling to get food and even medical items such as bandages and disinfectants.

“We need medicines and bandages worth $300 every month but we struggle to get them, yet our patients often develop wounds that require washing,” said Joseph Karichi, welfare secretary at the center.

Anadolu Agency spoke to a post patient, Coletta Mafuta, 80, who lost both her toes and fingers. Her eyelids also cannot close as they lost their sensation.

She was born of leprosy parents at Mutemwa and out of seven brothers and sisters, was the only one who was infected.

“I was diagnosed with leprosy at age 10 and was treated, but by then I had lost my fingers and toes as there was no treatment back then,” she said.

“All my life I’ve lived here at Mutemwa but the challenges I’m facing now are enormous,” she explained.

“I often develop these hard-to-heal wounds and always require medicines and bandages, but I’m sometimes told the center doesn’t have enough, so we share whatever we have among ourselves.”

The 19 patients rely heavily on food donations although a few of them are able to work outside the center for a living.

Costa Geza, 48, lives at the center and survives on raising chickens and tailoring despite having missing fingers due to leprosy.

His wife left him when he was diagnosed with leprosy.

“I was diagnosed with leprosy at age 22 and was successfully treated before I was brought to this center,” he said.

“This is where I was trained to rear chickens and do tailoring but now food and medicine are always in short supply.”

Geza uses a crutch and a wheelchair to get around as his legs have totally lost sensation.

Karichi said his patients suffer from depression owing to the lack of visits by relatives.

“They are so lonely and we try to keep them company, but it would be different if relatives were to pay them some visits,” he said.

“They are still being discriminated against by their own families even though they have been treated for leprosy.”

Trump wants US troops out of Somalia: report