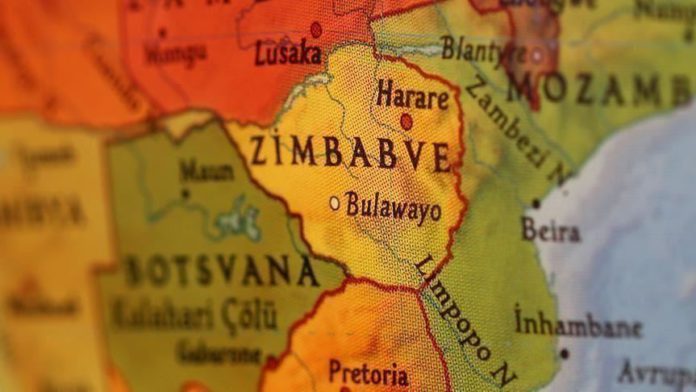 Battling against the effects of drought, devastating cyclone Idai and now the COVID-19 or coronavirus pandemic, starvation looms large over a large population in landlocked African country Zimbabwe.

Just 40 kilometers from capital Harare, in Pararehwa village in Gormozonzi province, two boys had reportedly not eaten food for over four days.

On June 14, a neighbor found a 12-year-old Absolom Mugumburwa unconscious lying on the ground. It appeared that the already malnourished boy had not eaten food for over several days.

His elder brother 18-year-old Washington had gone in search of wild fruits.

“I had gone to fetch wild fruits in the bushes nearby. It took a long time as I could not get any. After I returned four hours later, neighbors alerted me that my younger brother has fainted,” said the elder brother.

“He had fainted as we had not eaten for four days. Neighbors who often assist could not do so this time as most of them are facing economic challenges owing to the COVID-19 lockdown,” the 18-year old Washington added.

Their fireplace had no sign of life; the kitchen has a few utensils probably not used in the recent past. There was no food at all in the house while in their bedroom; two tiny and thin blankets were lying on the floor.

While these boys are beneficiaries of the government’s grain scheme the department has not distributed maize since February in the region.

Half-brothers Washington and Absolom were left alone when their father left them to seek greener pastures in South African three years ago.

A voluntary group Case Care Workers (CCW) which works closely with the government’s Social Welfare Department had traced their father in South Africa.

“But it appeared that his situation there was worse,” a member of the CCW in Domboshava told Anadolu Agency, on the condition of anonymity.

My younger brother was expected to graduate to secondary school next year. But I do not know how that will be possible,” said Washington, who used to survive by doing odd jobs in between his schooling.

But since the pandemic restrictions, no jobs are coming forth.

The boys have been also reportedly abused by their 33-year-old uncle.

Instead of assisting he is accused of taking away anything donated for the two boys including food to raise money for his drinks, leaving the boys starving.

Voluntary group members have lodged a report against their uncle with the local police.

National Director at Zimbabwe National Council for the Welfare of Children (ZNCWC) Taylor Nyanhete expressed concern over the lack of government assistance to child-headed families.

The Poverty, Income, Consumption, and Expenditure Survey 2017 Report, indicates that 13% of Zimbabwean children are orphans and 40% of the orphans are in the age14-17-year age group.

It becomes more challenging when these orphans are heading a family and are still in schools or unemployed, said Nyanhete.

After facing multiple whammies from drought to cyclone over the past one year, the pandemic has further deteriorated the situation. The country currently needs US$ 300 million to feed eight million hungry Zimbabweans.

“As a government, we have been distributing food aid to the child-headed and other starving families in the country. However, I am surprised children are starving owing to hunger, our statistics show we are distributing grain every month,” he said.

The minister, however, admitted that since many staff members are busy in the quarantine centers attending pandemic patients there could be delays in the distribution of grains.