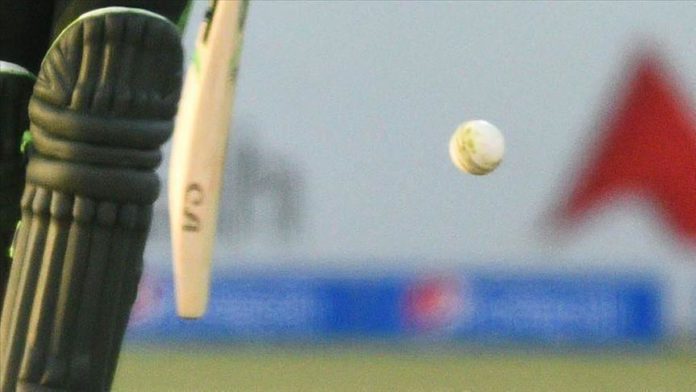 The Zimbabwean cricket team arrived in Pakistan on Tuesday after five years to play the limited over series, a development which analysts believe could bolster Islamabad’s plans to host more sports events in the months to come.

Pakistan will face the visitors in the three 50 over one-day Internationals in the garrison city of Rawalpindi on Oct 30-Nov. 3, followed by as many 20 over or T20 Internationals in northeastern Lahore from Nov. 7-10.

It was also Zimbabwe that had ended Pakistan’s six-year isolation in May 2015, after militants brought Pakistani cricket to a shuddering halt.

Local stadiums had remained deserted since 2009 when seven of the touring Sri Lankan cricket team members were shot in an ambush by heavily armed militants in Lahore. In the same attack, six Pakistani policemen and two civilians were also killed.

The brazen attack had forced Pakistan to shift its cricket base to the UAE, where they hosted foreign teams till 2019. Several countries are still reluctant to send their teams to Pakistan, citing security concerns.

“This tour has a double significance. First, the team that had visited Pakistan when it was in a kind of isolation, is again here after five years,” veteran sports journalist and commentator, Qamar Ahmed told Anadolu Agency.

“Zimbabwe cricket team’s visit to Pakistan is part of an ongoing campaign of the PCB [Pakistan Cricket Board] to lure international teams to the country to prove to the cricketing world that Pakistan is now a safe place to visit and participate in sports,” said Ahmed, a former cricketer, who as a reporter has also covered 450 five-day test matches, 738 one-day internationals, and nine out of 12 cricket world cups.

“If the PCB manages to convince England to visit Pakistan next January, it will open the gates for other high-profile teams like Australia, South Africa to come here,” he said.

“Small efforts, which began with Zimbabwe’s 2015 tour, together have brought the PCB in a position, where it can refuse to play on a neutral venue, and invite big teams, like South Africa, and England,” Bhatti told Anadolu Agency.

South Africa is scheduled to play a full test, and one-day series against Pakistan in January, whereas the PCB has invited England to play a short series of three T20 matches early next year.

According to Bhatti, if England and South Africa visit Pakistan as per plans, it will mark the full-fledged return of cricket to the cricket-frenzied country.

“Zimbabwe is a test-playing country. Their tour will boost the confidence of the big teams to visit Pakistan,” he maintained.

According to the PCB, it had lost more than $100 million in TV rights and other expenses during the six-year domestic hiatus when it was forced to host home games abroad, in neutral countries like the UAE.

This Zimbabwe visit to Pakistan, Ahmed said, is an attempt by the PCB to have regular overseas visitors to the country for not only financially getting stronger but also to reassure cricketing countries that security and safety at all level are in shape to host events.

Following an improved security situation, West Indies, Bangladesh, and Sri Lanka have visited Pakistan to play short format games, and even Test cricket during the past two years.

A team of the prestigious Marylebone Cricket Club (MCC) also visited Pakistan as a goodwill tour in February this year to support Islamabad’s efforts to bring sporting events back in the country.

The country’s domestic Pakistan Super League (PSL), which was played in UAE has also returned to Pakistan, and most of the T20 matches of the 2020 season were played on home grounds, attracting huge crowds.

“Absence of international sports and cricket at home grounds did indeed effect on the enthusiasm, and passion of aspiring players to represent their country, and play in front of their crowd,” Ahmed, a former BBC sports commentator said.

Even Pakistan’s international players, he added, we’re unable to play in front of their fans.

“The opportunity for the local youngsters thus is immense to watch international players in their backyard, and learn the game,” said Ahmed.