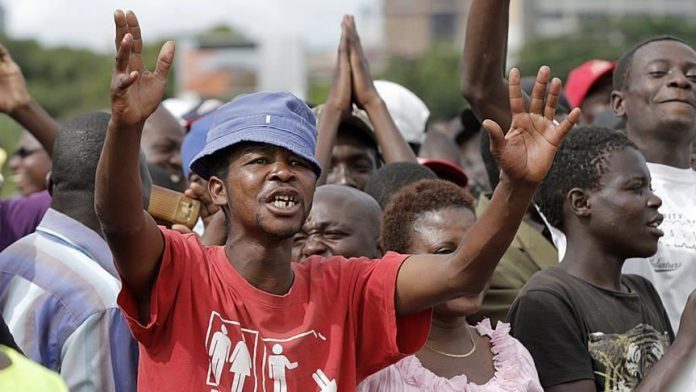 Striking Zimbabwean civil servants were blocked by armed police on Wednesday while marching to the country’s Ministry of Finance Offices in the capital Harare, where they intended to hand a petition for improved wages.

A group of government workers had gathered in the morning at the offices of the Apex Council, the country’s largest civil servant unions board, as police stood by blocking all roads that led to the Finance Ministry.

“It’s like police gave us the right to march with their right hand, but quickly snatched it away with their left hand,” said Cecilia Alexander, president of