TurkishPress
Home News Zimbabwe arrests over 1,300 in 24 hours amid lockdown 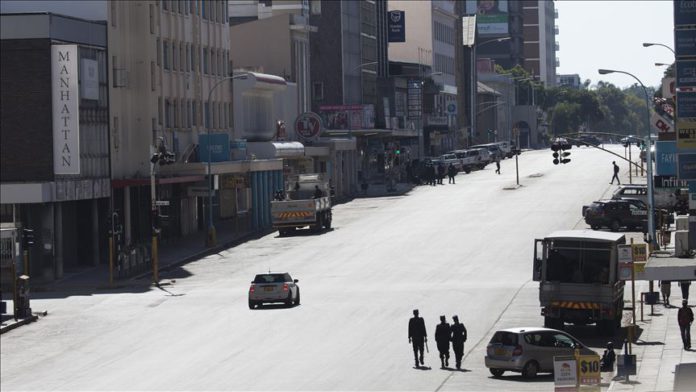 Zimbabwe arrested 1,312 people in the last 24 hours for flouting regulations aimed at containing the spread of the coronavirus, local media reported Thursday.

National police spokesperson Paul Nyathi said most of the people who were arrested violated the ban on public gatherings while some of them were not wearing face masks.

“The police are making special efforts to track down those who have escaped from quarantine centers and those who have entered the country illegally,” Zimbabwe’s state-owned Herald newspaper reported.

Zimbabwe has arrested more than 52,000 people since a nationwide curfew was declared on March 31.

So far, the country has confirmed four deaths due to the coronavirus while the number of cases stood at 237.

After originating in Wuhan, China last December, the novel coronavirus, officially known as COVID-19, has spread to at least 188 countries and regions.

The pandemic has killed more than 391,000 people worldwide, with more than 6.6 million confirmed cases, while recoveries have surpassed 2.8 million, according to figures compiled by Johns Hopkins University of the US.