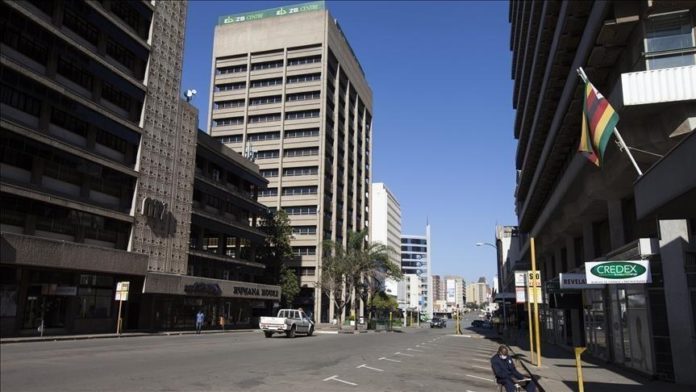 Police in Zimbabwe are under fire for arresting people in a southern town for using community toilets during curfew hours, local media reported on Wednesday.

There is a daily nationwide COVID-19 curfew in Zimbabwe from 6 p.m. to 6 a.m. during which people are generally not allowed to venture out of their houses.

However, in certain areas of Gwanda, a city some 550 kilometers (340 miles) southwest of the capital Harare, a dearth of bathrooms in houses means that residents have no other choice but to use community toilets.

Law enforcers would be expected to be understanding on the matter, but they have shown no compassion for the people.

Njabulo Siziba, mayor of Gwanda, confirmed that reports of arrests in the city for curfew violations were true.

“The situation is bad. I wish the police would consider the circumstances in areas like Jahunda township, where a family of 10 lives in one room,” he told Anadolu Agency.

He said the number of people arrested so far is yet to be ascertained.

“If they are locked in a room for 12 hours, it is only natural that they will have to relieve themselves at some point. All they have for that are community toilets,” Siziba said.

According to the mayor, people have been asked to pay fines of 5,000 Zimbabwean dollars ($60), an amount that he said was greater than the monthly salary of a government employee.

‘Already living in state of deprivation’

The Zimbabwe Human Rights Association slammed the “human rights abuses” by the police.

“No attention is being paid to people’s circumstances in the enforcement of lockdown regulations. The police should avoid enforcing rules in a manner that puts citizens in danger, like arresting people for minor issues that are not even crimes,” said Dzikamai Bere, the group’s director.

“These people are already living in a state of deprivation. They are not out there for fun.”

Gwanda is one of many cities and towns in Zimbabwe suffering from a lack of urban planning and development 40 years after the country’s independence.

With a large segment of the population forced to rely on community toilets, there has been a rise in open defecation in the country, posing a risk of outbreaks of diseases such as cholera and typhoid.

China, US to jointly deal with semi-conductor shortage