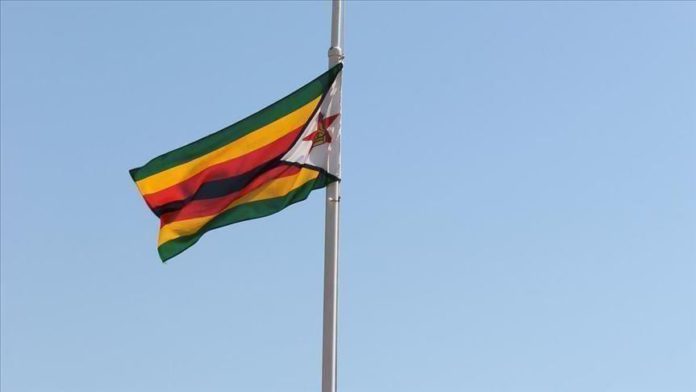 Politicians and human rights groups have expressed concern at the largescale arrests and abductions of anti-government activists and dissenters in Zimbabwe, who had called for street protests on July 31, against economic meltdown and allegations of corruption.

At least 60 protesters, including the 2020 Booker Prize listed novelist Tsitsi Dangarembga, were arrested by law enforcement authorities for trying to organize the protest.

Global human rights watchdog Amnesty International recently stated that the landlocked southern African country, once a beacon for the struggle against anti-colonialism is now ruthlessly curbing the dissent.

The state security agencies have been conducting nationwide raids to trace Mathuthu after he broke a story related to a multi-million-dollar corruption scandal involving the procurement of COVID-19 material.

The opposition leader Sikhala had mobilized an anti-government protest against corruption on July 31. Fearing that the protests may grow bigger ultimately leading to the ouster of President Emmerson Mnangagwa, authorities imposed strict lockdown in all towns and cities.

“Our people must remain resolved. We cannot retreat and it [the struggle] must remain protracted until we have achieved and obtained our results,” Sikhala said in a video message on Twitter from his hideout.

The suspected state security agents allegedly abducted Mathuthu’s nephew Tawanda Muchehiwa from his Bulawayo home, when they failed to trace the scribe.

Taking to Twitter, the prominent journalist alleged that every rule has been broken by President Mnangagwa’s paranoid aides.

Zimbabwe’s prison authorities even did not permit lawyers to meet detained leader Jacob Ngarivhume and journalist Hopewell Chin’one. Both were arrested on July 31.

Mathuthu said even under Ian Douglas Smith, who was prime minister during British colonial rule when it ended in 1980, the country had not witnessed such repression.

Family members of Muchehiwa alleged that he was severely tortured by the captors for four days before he was dumped near his home.

Even as police claimed ignorance about the abduction, he returned home only after Zimbabwe’s High Court issued notice to authorities on Aug 1, responding to a habeas corpus petition filed by a lawyer Nqobani Sithole hired by the Media Institute in Southern Africa Zimbabwe (MISA).

Justice Makonese of the High Court directed the police to investigate and inform the Magistrates Courts in Bulawayo the outcome within 72 hours. Soon after this order police brought Muchehiwa in an ambulance, claiming that they had found him near his house.

Earlier journalist Chin’ono said he was denied bail because he had reported speeches of organizers of protest on July 31.

Authorities are, however, defending measures against protesters and attribute them to COVID-19 restrictions.

“Some Zimbabweans were from demonstrating in Namibia. Some Zimbabweans tried to hold a protest in South Africa. They were dispersed because of pandemic restrictions. But when we stopped protests in Zimbabwe for the same reason, they claim human rights violations,” said Nick Mangwana, Zimbabwe government spokesperson.

But the political activists like Elvis Mugari said political repression against dissent has reached dangerous proportions in Zimbabwe.

“The country is under siege, no one is safe. Human rights activists, opposition leaders, journalists, lawyers, vendors, writers, laborers, and student leaders are under attack. The state has turned against its citizens,” he told Anadolu Agency.

Speaking to Anadolu Agency, Claris Madhuku, head of a civil society organization lamented that civil society space in the country is shrinking with the state resorting curb dissent and voices against corruption by using strongarm tactics.