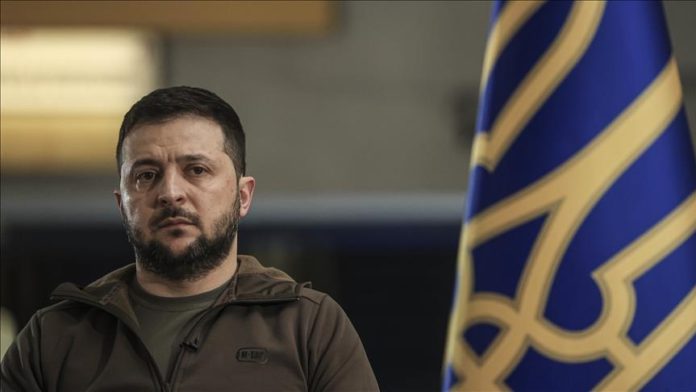 French President Emmanuel Macron asked Ukraine to give up some of its land to reach a peace deal with Russia, Ukrainian President Volodymyr Zelenskyy suggested in an interview with Italian television.

Speaking late Thursday to public broadcaster RAI, Zelenskyy responded tetchily to a question about Macron’s idea that Russia should not be “humiliated” in a peace settlement, lest it might fuel resentment leading to a new war.

His comments were broadcast in Italian via an interpreter.

“To propose to us to give up something as far as our sovereignty is concerned to save (Russian) President (Vladimir) Putin’s face does not seem like a fair thing on the part of some leaders,” he said.

“We are not ready to save someone’s face paying with our territories, I don’t think it’s fair,” the Ukrainian leader insisted, calling the suggestion “wasted time.”

However, Zelenskyy acknowledged it would be difficult to dislodge Russia from parts of Ukraine it controlled before the war, such as Crimea and other eastern territories.

He said the “minimum” condition for sitting down for peace talks with Putin would be the withdrawal of Russian forces from land taken in recent weeks. “Of course, they might unfortunately remain in other occupied territory, unfortunately,” he added.

Both before and after the outbreak of the war on Feb. 24, Macron tried several mediation efforts between Kiev and Moscow, also acting as the holder of the rotating presidency of the European Union.