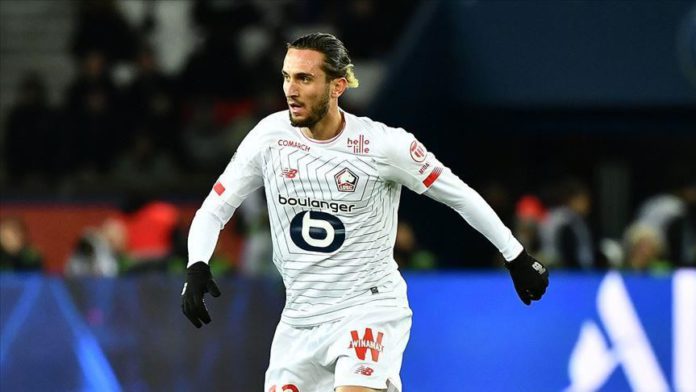 French Ligue 1 side Lille’s Turkish midfielder Yusuf Yazici named the UEFA Europa League player of the week after he scored his second hat-trick this season against Milan.

Yazici scored three goals to lead Lille to a 3-0 win at San Siro on Thursday.

The 23-year-old player became player of the week for the second time this season as he was previously selected after netting his first hat-trick over Sparta Prague in his team’s first Group H game.

Yazici’s impressive performance was praised by French media on Friday.

L’Equipe underlined that Yazici played a remarkable role with his goals in Lille’s victory as he was shown as the best player of the game by the newspaper.

According to Le Parisien, Yazici was unstoppable over Milan, calling him ‘hero of the night.’

It added that Milan’s 24-match unbeaten run ended on Thursday and Yazici was subbed off in the 80th minute with a feeling of fulfilling his duty.

Israeli poll results give no hope for peace: Palestine