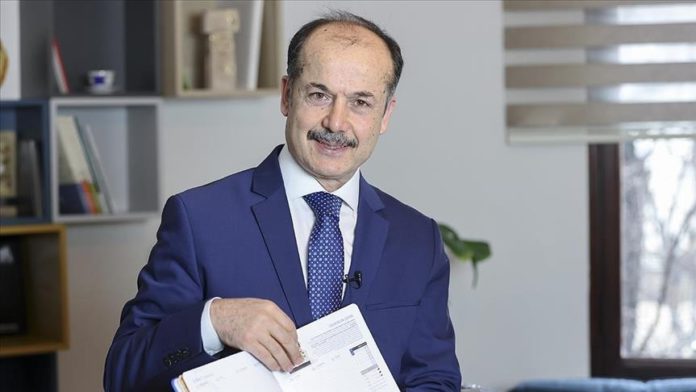 Turkey’s culture institute is opening up to the world transparently and is appreciated all over the world, the head of the institute said on Friday.

Ates underlined the importance of cultural diplomacy in international relations.

Noting that deep ties between Turkey and these regions play an important role in this great interest, Ates said that there is no prejudice against Turkey where Yunus Emre is operating, therefore the institute can communicate with everyone ingenuously.

He went onto say that teaching the Turkish language is an important instrument for the establishment of peace and tranquility in regions where the institute operates, adding, “For this purpose, we opened a Turkish Culture Center in Syria’s Azaz province. By teaching the Turkish language to the people there, we actually convey our perspective to developments with our language.”

He said people enrolled in Yunus Emre Institute’s language course get the ability to read Turkish literature, Turkish news, communicate with people in Turkish, adding that these activities help prevent terrorism in the region.

Ates underlined that Turkish music is also one of the most important tools of Turkish cultural diplomacy.

“Music has a huge impact on society. People can choose different styles of music, but music is something that almost everyone listens to at least once a day. Therefore, in cultural transmission and interaction, music has an effect on the subconscious of societies,” he said.

“When we look at our history, the two elements that symbolize independence are banners and drums. Therefore, music is an important element in our history. For example, Mehteran, an Ottoman military band, marches ahead of the army in battles. This even influenced [Wolfgang Amadeus] Mozart [a prolific composer of the Classical period], it drew great attention from Europeans.

“As the Institute, on the one hand, we want to use Turkish music for our personal development. On the other, we want to use it in our relations with other cultures,” he added.