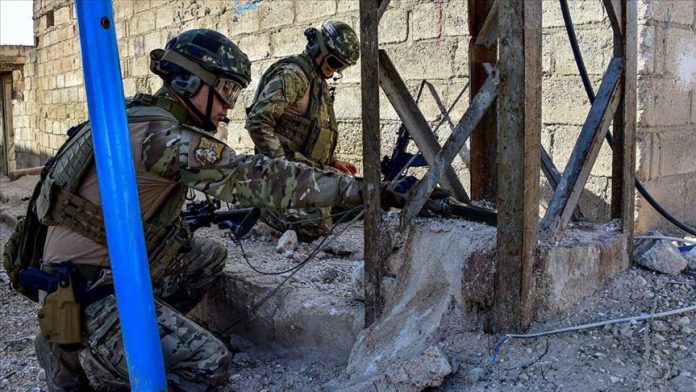 The Turkish military has found a mine storage facility belonging to YPG/PKK terrorists in northern Syria, where Turkey launched an anti-terror operation last month, according to the Turkish Defense Ministry on Wednesday.

“Search and scanning activites are continuing in the Operation Peace Spring area. In a school building used by PKK/YPG terrorists as an arms storage, 50 anti-tank mines were found,” the ministry said in a Twitter post.

Turkey on Oct. 9 launched Operation Peace Spring to eliminate YPG/PKK terrorists from northern Syria in order to secure Turkey’s borders, aid in the safe return of Syrian refugees, and ensure