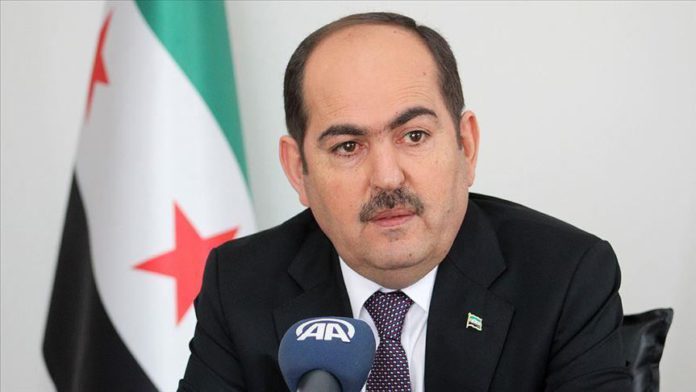 The head of the opposition Syrian Interim Government on Wednesday condemned an agreement reached in Moscow between the YPG/PKK terrorists and so-called dissidents known for their proximity to the Bashar al-Assad regime.

The agreement in question does not contribute to a political solution in the country and it has no validity, Abdurrahman Mustafa told Anadolu Agency.

Underlining that parties to the agreement are not legitimate, Mustafa said Secretary General of the People’s Will Party Qadri Jamil is receiving support from Russia and is affiliated with the Assad regime.

Mustafa stated that the YPG/PKK terror group, one of the parties to the agreement, which uses the name of Syrian Democratic Forces, is trying to divide the country.

“This agreement was reached with the sponsorship and mediation of Russia that has waged war and carried out massacres against the Syrian people,” Mustafa said.

This agreement must be considered as part of Russia’s plan to divide the country, he added.

Ilham Ahmed, one of the ringleaders of the YPG/PKK terror group, and Jamil met in Moscow to sign a memorandum aimed at changing the system of governance in Syria.

As part of the memorandum, two parties agreed on the administration of the country in a federal structure and the inclusion of the YPG/PKK elements and some opposition platforms in the political process.