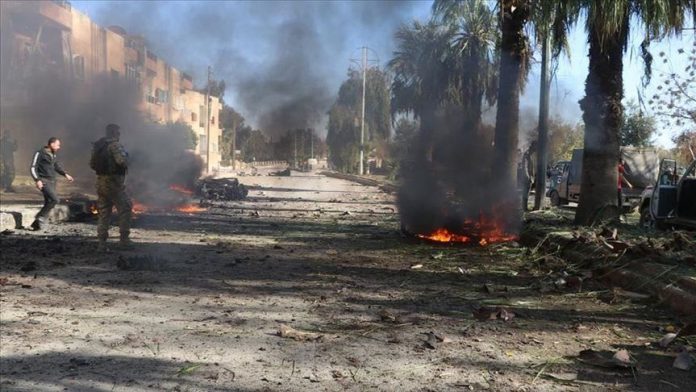 “The enemy of humanity #PKK/#YPG terrorists continue to carry out car bomb attacks against civilians, this time detonating a car bomb in central Ras al-Ayn and injuring a large number of innocent civilians with children among them,” the ministry said on Twitter.

Turkey on Oct. 9 launched Operation Peace Spring to eliminate YPG/PKK terrorists from northern Syria east of the Euphrates River in order to secure Turkey’s borders, aid in the safe return of