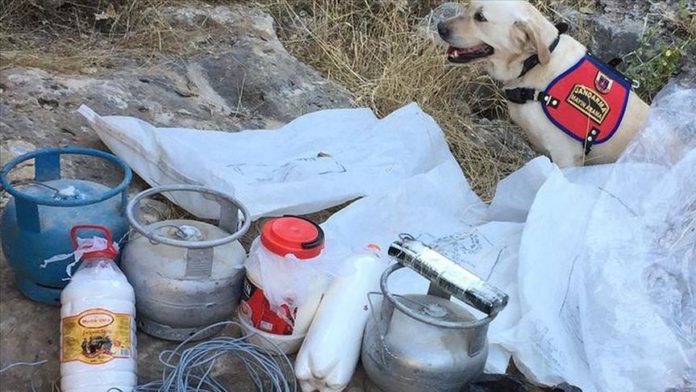 Security forces in southeastern Turkey have seized supplies stored in a shelter by YPG/PKK terrorist organization, a security source said on Sunday.

Gendarmerie forces discovered the shelters during an operation near a village in Mardin province’s countryside, said a security source on the condition of anonymity due to restrictions on speaking to the media.

The shelter was later destroyed, the source added.

In its more than 30-year terror campaign against Turkey, the PKK — listed as a terrorist organization by Turkey, the US, and the EU — has been responsible for the deaths of nearly 40,000 people, including women, children and infants. The YPG is PKK’s branch in Syria, just across Turkey’s southern border.