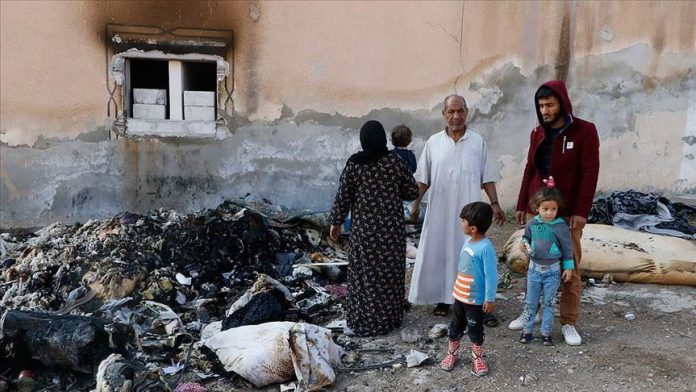 Residents of an area in northern Syria cleared of terrorists by Turkey’s Operation Peace Spring are now facing the prospect of homelessness, after fleeing YPG/PKK terrorists set fire to their homes.

Some of the civilians who had temporarily fled their homes in Tal Abyad district for their safety found their houses burned after returning.

Victims of the YPG/PKK terror are rebuilding their homes to start a new life in the district.

“Terrorists torched the houses after they heard about Turkish forces coming to the district,” said Zeynep al-Humeydi, one of the residents of Tal Abyad.