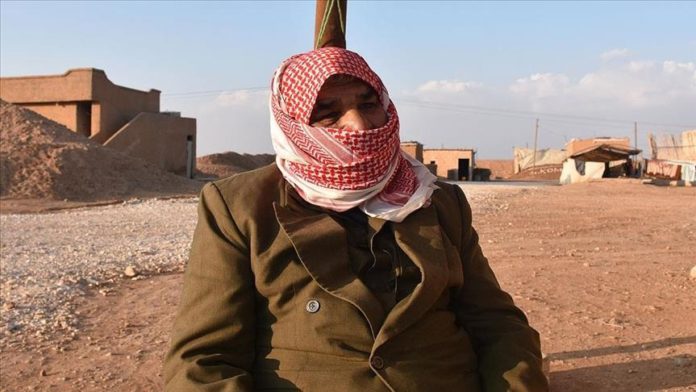 A bomb planted by YPG/PKK terrorists exploded inside a house in northwestern Syria on Thursday leaving two civilians dead.

The explosion occurred in a village which is located on the frontline between the Syrian National Army (SNA) and YPG/PKK terrorist organization in Tel Abyad province.

The bodies of the two civilians were trapped under the debris, according to local sources.

Terrorists carried out attacks with mortar and artillery fire against the civilians who attempted to pull the bodies of their relatives from the wreckage, sources said.

The relatives of the victims called on the UN and Turkey to provide them access to the bodies.

Turkish officials discussed the issue with their Russian counterparts to enable civilians to enter their village safely, according to security sources.

Turkish authorities asked Russia to urge the terrorists to halt their attacks on the village as soon as possible.

Since 2016, in league with the SNA, Turkey has led a trio of successful operations across its border into northern Syria to prevent the formation of a terror corridor, enable peaceful settlement by locals, and protect civilians from attacks: Euphrates Shield (2016), Olive Branch (2018), and Peace Spring (2019).

In its more than 30-year terror campaign against Turkey, the PKK – listed as a terrorist organization by Turkey, the U.S. and EU – has been responsible for the deaths of 40,000 people, including women, children, and infants. The YPG is the PKK’s Syrian offshoot.