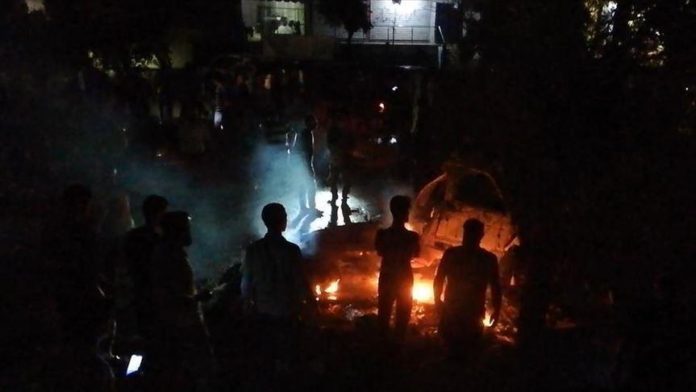 At least two civilians, including one child, were killed and 10 others wounded in the Afrin province of Syria when the YPG/PKK terror group targeted the city center with a rocket attack.

The northwestern Afrin province was rid of terror elements thanks o Turkey’s Operation Euphrates Shield but the YPG/PKK maintains its occupation in the Tal Rifat district although it was supposed to evacuate in line with a deal between Turkey and Russia on Oct. 22, 2019. The terror group continues to target central Afrin.

Backed by the Syrian National Army, Turkey conducted Operation Olive Branch on Jan. 20, 2018, to rescue Afrin from the YPG/PKK terror group and cleared the district of terror elements on March 18.

In its more than 35-year terror campaign against Turkey, the PKK – listed as a terror organization by Turkey, the US, and the EU – has been responsible for the deaths of nearly 40,000 people, including women, children and infants.

The YPG is the Syrian branch of the PKK.

China exports surge on demands from US, EU, ASEAN