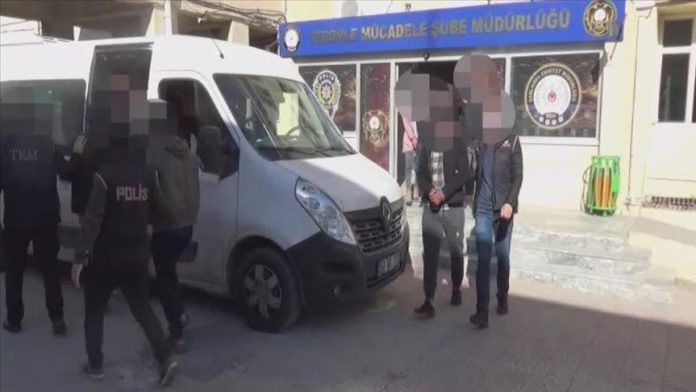 At least two terrorists trying to enter Turkey through illegal means were arrested near the country’s southeastern border by security forces on Sunday.

He was hiding among a group of eight people in the Akcakale town of the southeastern Sanliurfa province near the Syrian border.

At least 4 kilograms (8.8 pounds) of explosives hidden in the terrorist’s bag were seized and safely destroyed by the security forces.

The other seven suspects are under investigation.

Another PKK terrorist was arrested while trying to enter Turkey through the Iranian border, the National Defense Ministry reported.

“The PKK terrorist arrested trying to infiltrate into our country from Iran was captured by our border troops serving in [the eastern province of] Van has been delivered to the gendarmerie station,” the ministry said.

In its more than 35-year terror campaign against Turkey, the PKK — listed as a terrorist organization by Turkey, the US, and the EU — has been responsible for the deaths of nearly 40,000 people, including women, children, and infants. The YPG is the PKK’s Syrian offshoot.