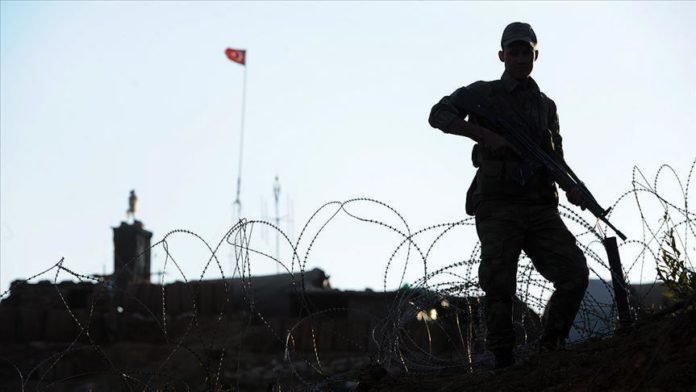 A YPG/PKK terrorist surrendered to security forces in Turkey as a result of persuasion efforts, said a security source on Thursday.

The gendarmerie command in the southeastern Mardin province, along Turkey’s border with Syria, contacted the family of terrorist M.I., codenamed Hevler, living in the Nusaybin district, said the source who asked not to be named due to restrictions on speaking to the media.

The terrorist, who has criminal record for being a member of an armed terror group, was persuaded and surrendered to security forces without arms or equipment.

The terrorist joined the terror group around five years ago.