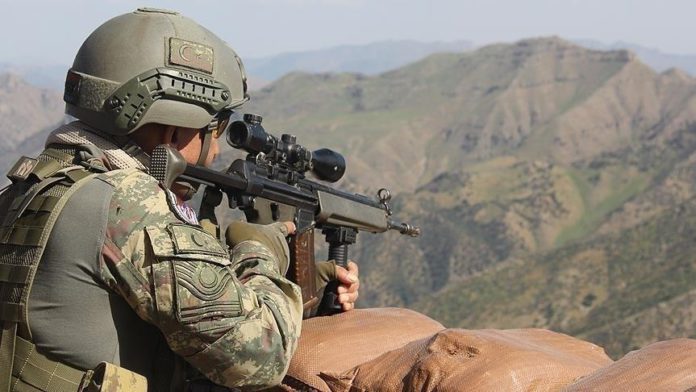 Turkish security forces on Saturday captured three people, including one YPG/PKK terrorist, who were trying to enter Turkey through illegal means, the National Defense Ministry said.

“Three people who were trying to enter our country illegally from Syria were caught on the Mardin/Kiziltepe border … It was determined that 1 of the persons caught was a member of the YPG/PKK terrorist organization,” the Defense Ministry said on Twitter.

In its more than 30-year terror campaign against Turkey, the PKK — listed as a terrorist organization by Turkey, the US and the European Union — has been responsible for the deaths of 40,000 people, including women, children and infants. The terrorist YPG is the PKK’s Syrian branch.