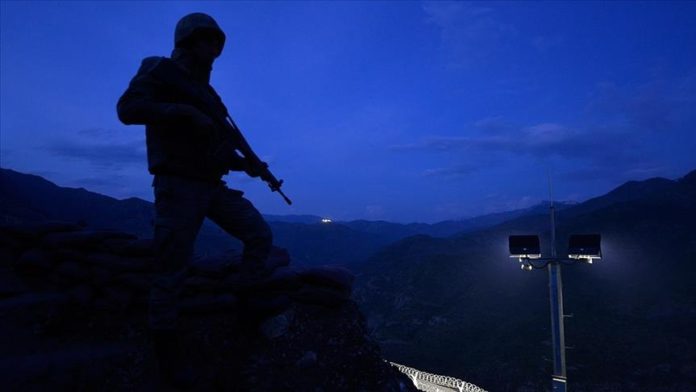 Turkish security forces nabbed a YPG/PKK terrorist who was plotting a bomb attack after illegally entered the country, the Turkish Interior Ministry said on Friday.

In a statement, the ministry said four suspects were stopped by police in the Suruc district of southeastern Sanliurfa province.

The suspects were determined to have entered Turkey illegally and one of them was found to be active in the PYD/YPG terror group, the statement said.

Some 100 handmade and two factory-made detonators and one USB device were found in the possession of the suspect.

As a result of the examination of the USB, about 10 kilograms of handmade explosives were found near the quarries along the Sanliurfa-Adiyaman highway.

The explosives were destroyed by special teams.

In its more than 35-year terror campaign against Turkey, the PKK — listed as a terrorist organization by Turkey, the US, and EU — has been responsible for the deaths of 40,000 people, including women, children, and infants. The YPG is its Syrian branch.

In recent years Turkey has stepped up operations at home and across borders against the terrorist group, and also convinced rising numbers of its members to quit the PKK.