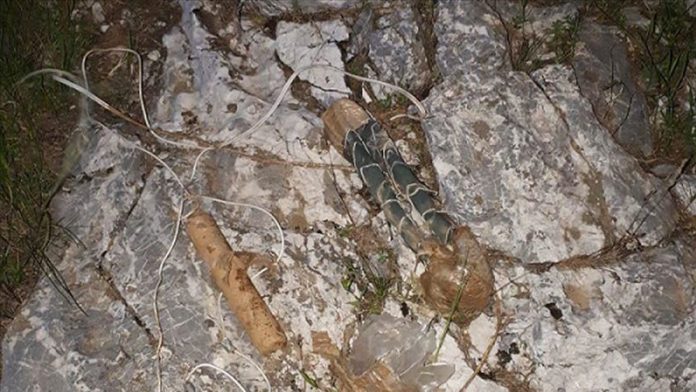 Turkish security forces on Monday seized explosives and survival supplies stored by YPG/PKK terrorists during an operation in the southern Amanos Mountains, according to local officials.

The Amanos Mountains – also known as the Nur Mountains – have emerged as a hideout for the YPG/PKK, from where the terrorist group plots attacks.

In a statement, the Osmaniye Governorship said gendarmerie forces had discovered the shelters during an operation in the foothills of the mountains.

In its more than 30-year terror campaign against Turkey, the PKK – listed as a terrorist organization by Turkey, the US, and the EU – has been responsible for the deaths of nearly 40,000 people, including women and children. The YPG is the PKK’s branch in Syria, just across Turkey’s southern border.