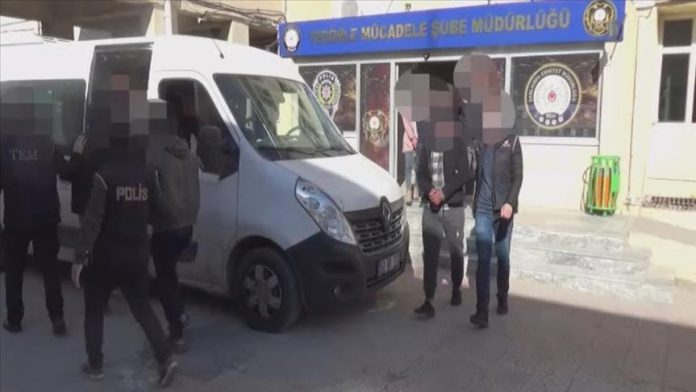 A YPG/PKK terrorist was captured on Sunday while trying to enter Turkey through illegal means, security forces said.

He was hiding amid a group of eight people in the Akcakale town of southeastern Sanliurfa province near the Syrian border.

At least 4 kilograms (8.8 pounds) of explosives hidden in the terrorist’s bag were seized and safely destroyed by the security forces.

The other seven suspects are under investigation.