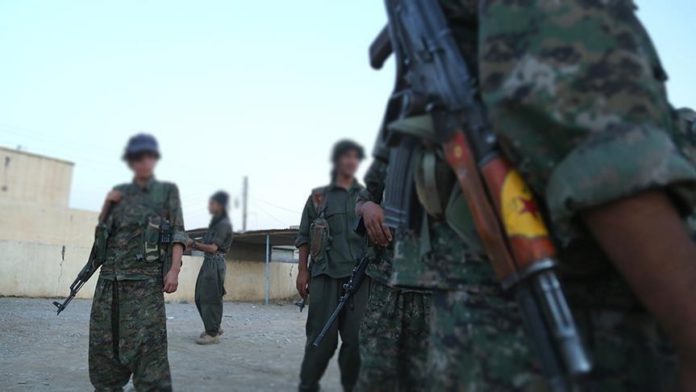 The YPG/PKK terrorist organization tortured a civilian to death in the occupied al-Hasakah province of northeastern Syria on June 24, according to local media.

A Kurdish civilian, Amin Issa Amin, who was suffering from thyroid disease, was held by the terror group nearly a month ago in the al-Darbasiyah district, report by local Rebaz News said.

It was reported that Amin was held due to his criticisms towards the YPG/PKK terror group.

His body was delivered to his family on Monday, four days after his demise.

Photos showing scars of torture on Amin’s body were also featured in the story reported by the local media.

The YPG/PKK, forcibly recruiting young people in the areas it occupies in Syria, holds civilians by resorting to baseless accusations for ransom or to suppress the rising oppositional voices.

In its more than 35-year terror campaign against Turkey, the PKK — listed as a terrorist organization by Turkey, the US, and EU — has been responsible for the deaths of at least 40,000 people, including women, children, and infants. The YPG is the PKK’s Syrian offshoot.