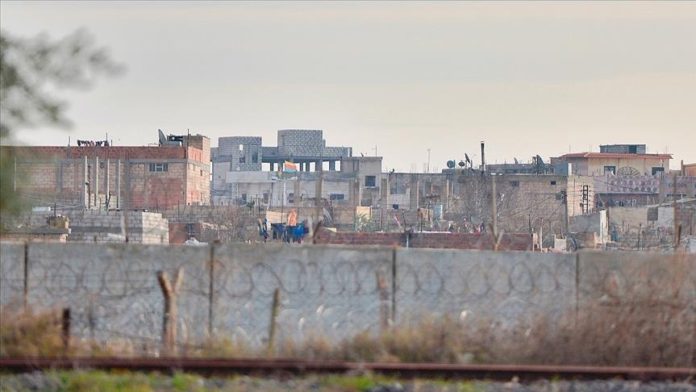 A military zone under the control of the Bashar al-Assad regime forces, known as “Security Square”, in northeastern Syria has been under siege by the YPG/PKK terrorist organization for the last three days, according to local sources.

Since Jan. 3, tension has escalated between the YPG/PKK terrorists and regime forces in Qamishli city center in Al-Hasakah province after Russian mediation failed, the sources said.

Russia and the Assad regime have been putting pressure on the terror group to hand over the control of Ain Issa city to regime forces.

In response, the Assad forces in the district detained some members of the terrorist organization.

YPG/PKK continues its occupation in al-Hasakah province, while the Kawkab Mountains in the city center, the “Security Square” area and the 156th Brigade remained under regime control.

Qamishli city center is also home to an airport and a military brigade belonging to the Assad regime.

Turkey eyes over $190B in exports