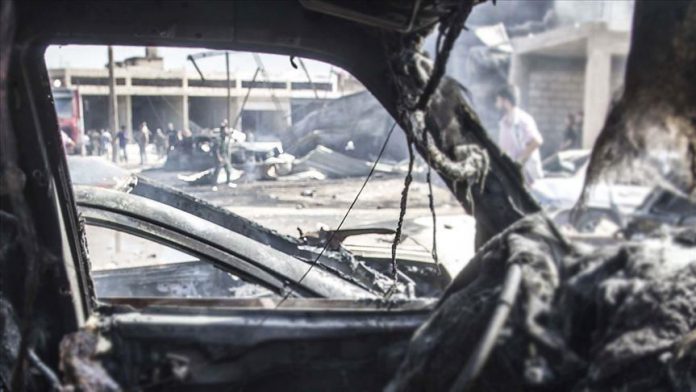 At least five people were killed in multiple bomb explosions in northeastern Syria in a city plagued by YPG/PKK terrorists, despite a deal with Russia under which the terrorist group is supposed to be long gone, according to local sources.

The city of Qamishli, along Turkey’s southern border, was rocked by a trio of simultaneous bombings which also injured 25 people, said the sources on condition of anonymity due to fear of reprisal.

The attacks took place at a marketplace when two explosive-laden cars and a motorbike went off.

'Turkey will no longer tolerate harassment in Syria safe zone'