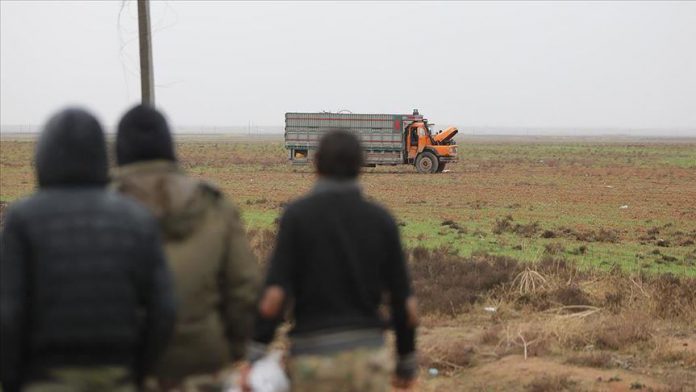 Syrian National Army (SNA)Thursday foiled a YPG/PKK terror attack in northern Syria when they found a bomb-laden lorry during sweep and clear efforts in Tal Abyad.

The SNA forces stopped the lorry heading to the district center of Tal Abyad which was cleared of terrorists with Turkey’s operation.