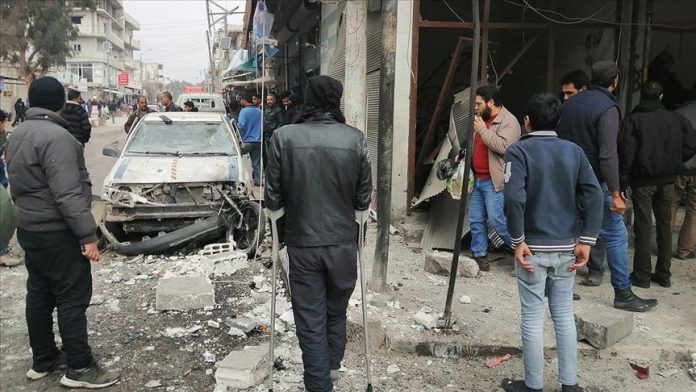 At least 14 civilians were injured in northern Syria when the terrorist YPG/PKK carried out a bomb attack in the district of Jarabulus, Turkey’s Defense Ministry said on Wednesday.

Among the injured were children, the ministry said, adding that four people sustained serious injuries in the attack.

The YPG/PKK terror group is targeting settlement areas under control of the Syrian National Army (SNA), which fought alongside the Turkish forces in Turkish-led anti-terror operations in northern Syria.