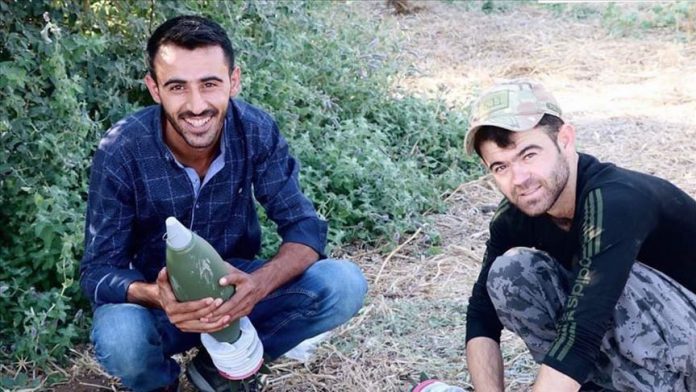 Supporters of the terrorist YPG/PKK are again mounting smear campaigns against Turkey’s anti-terror operation launched last month in northern Syria, but again, their untruths are being dispelled, including a supposed civilian who turned out to be a terrorist.

In the latest such incident, a video posted online shows a man hanging on the door of a moving Turkish military vehicle during joint patrols with Russia, trying to get at the soldiers inside.

In the video, the man falls off the moving vehicle and is apparently hurt.

Kyrgyzstan's president steps down amid unrest