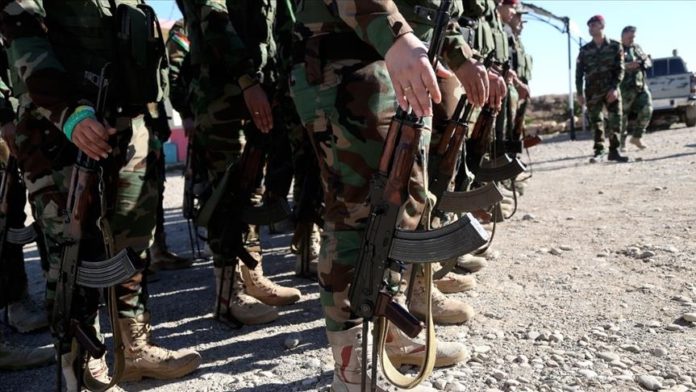 The military zone, known as Security Square, is located in the northeastern Al-Hasakah province’s Qamishli district.

Russian commanders met representatives of the YPG/PKK and Syrian regime at Qamishli’s airport late on Wednesday, according to the sources.

Both sides released detainees soon after the meeting as the siege drew to a close.

Qamishli witnessed heightened confrontation between the terror group and regime forces all through this week.

Hostilities rose following attempts by Russia and the Assad regime to pressure YPG/PKK into giving up control of the city of Ain Issa.

While the YPG/PKK continues to occupy parts of Al-Hasakah province, areas including the Kawkab Mountains, Security Square, and the 156th Brigade facility remain under the Syrian regime’s control.