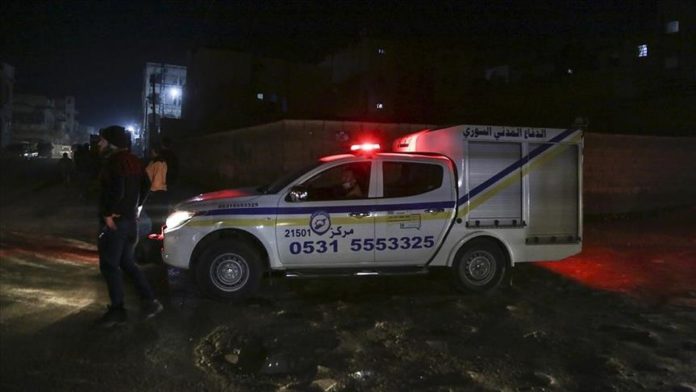 Nine civilians, including three children, were injured in a rocket attack by the YPG/PKK terror group on a civilian settlement in the northwestern Aleppo province’s Al-Bab city of Syria.

The terrorist organization carried out a rocket attack on a residential area in Al-Bab after an attempt to infiltrate into the front lines of the Syrian National Army.

Nine civilians, including three children, were injured in the attack. The wounded were transferred to a hospital in the area for treatment.

A soldier of the Syrian National Army was killed as a result of the infiltration attempt of the terror group.

In its more than 30-year terror campaign against Turkey, the PKK — listed as a terrorist organization by Turkey, the US, and EU — has been responsible for the deaths of nearly 40,000 people, including women, children, and infants. The YPG is the PKK’s Syrian offshoot which continues to occupy the Tal Rifaat and Manbij cities in the Aleppo province.