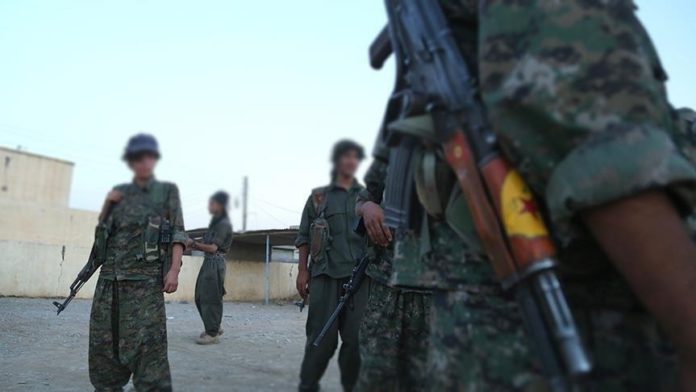 In a joint statement issued Tuesday, leftist deputies Frederique Dumas and Hubert Julien-Laferriere and members of the European Parliament (MEPs) Sylvie Guillaume and Mounir Satouri said delegations from Belgium, Finland, Germany, Austria and Spain had been able to visit the Al Hol refugee camp in recent weeks, but after their delegation crossed the Syrian border, they were prevented from entering the camp, which is under the terror group’s control.

Their on-site meetings confirm that the blocking of their entry to the camp is due to direct pressure from the French authorities, the statement said.

The statement underlined that Europeans, mostly French, are kept in camps and the situation is bad there, adding urgent measures should be taken for children held in the camps.

In its more than 35-year terror campaign against Turkey, the PKK – listed as a terrorist organization by Turkey, the US and the EU – has been responsible for the deaths of at least 40,000 people, including women, children and infants. The YPG is the PKK’s Syrian offshoot.