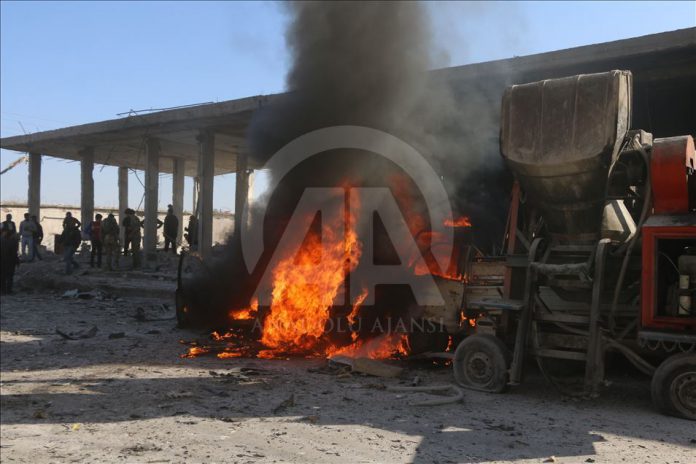 The PKK/YPG terror group killed at least three civilians and wounded 20 others in a car bomb attack in northern Syria, Turkey’s Ministry of National Defense said on Saturday.

“The PKK/YPG terror organization, which is no different from Daesh [also known as ISIS], continues to slaughter innocent civilians,” the ministry said on Twitter.

TAL ABYAD, SYRIA – NOVEMBER 23: A burning vehicle is seen after an attack with bomb laden vehicle in industrial zone of Tal Abyad, Syria, on November 23, 2019. PKK, listed as a terrorist organization by Turkey, the U.S. and the EU, and Syrian