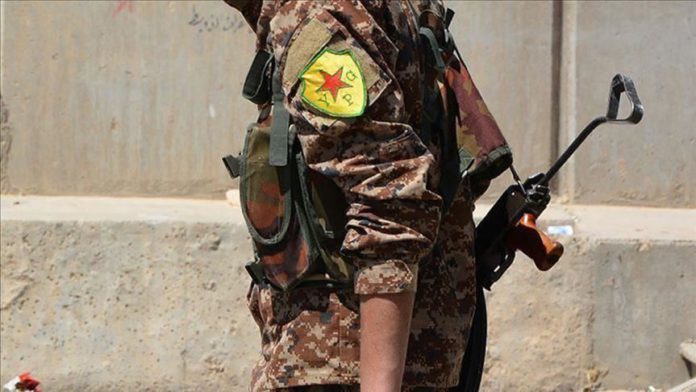 The YPG/PKK terror group have asked for ransoms for detained Arab fighters who fled the organization during Turkey’s recent anti-terror operation in northern Syria, according to local sources Tuesday.

Sources, who spoke on condition of anonymity, said terrorists searched for former members who left the group during Operation Peace Spring in 2019 and have detained scores in the last two months in Ayn al-Arab, also known as Kobane, near the Turkish border.

The terror group have kept detainees in jail for about one month and is asking 115,000 Syrian pounds ($224) for their release.

The terror group continues to hold those who cannot or refuse to pay.

Despite a deal reached by Turkey and Russia in 2019, which forces the terror group to withdraw from the region, YPG/PKK terrorists continue their occupation of Ayn al-Arab.

Ras al-Ayn and Tal Abyad in northern Syria were liberated from YPG/PKK terrorists last October as part of Turkey’s Operation Peace Spring, launched to secure the Turkish borders by eliminating the terror group from northern Syria east of the Euphrates River, aid in the safe return of Syrian refugees and ensure Syria’s territorial integrity.

During the operation, hundreds of Arab fighters who fought alongside the YPG/PKK under the SDF moniker — fled the organization and abandoned their weapons.