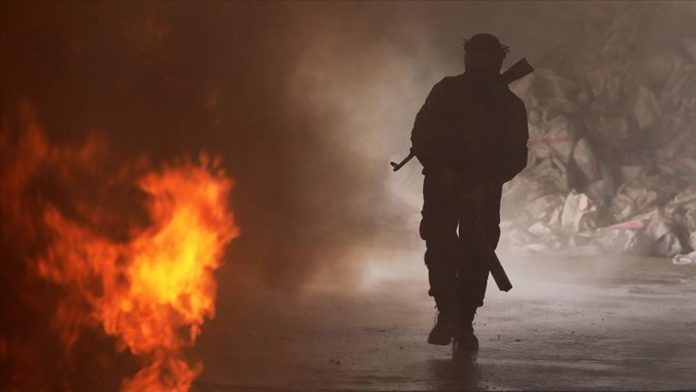 The YPG/PKK terrorists set fire on a field where they use anti-tank mine to target civilians, Turkish and local security forces in the Operation Peace Spring zone in northern Syria, the National Defense Ministry said Thursday.

“PKK/YPG terrorist organization continues to commit crimes against humanity in northern Syria,” the ministry said in a statement.

The terrorists set fire on the fields that are the main source of income for people there, said the statement, adding that terrorists know that fire is being extinguished by civilians, Turkish Armed Forces and Syrian National Army members, so they open fire on them.

“The enemy of humanity, the terrorists, started to set fire to the fields that are the source of livelihood of civilians in the area of Operation Peace Spring, Euphrates Shield and Olive Branch with the arrival of summer months,” it added.

The statement said that a newly trapped anti-tank mine was detected thanks to the vigilance of Turkish bomb squad on the agricultural land and it was destroyed without villagers being harmed.

It also underlined that the Turkish Armed Forces, which is the guarantee of peace and security in the region, continue to disrupt the “treacherous plans” of the terrorists who strive to realize their “dirty” actions against the innocent civilians.