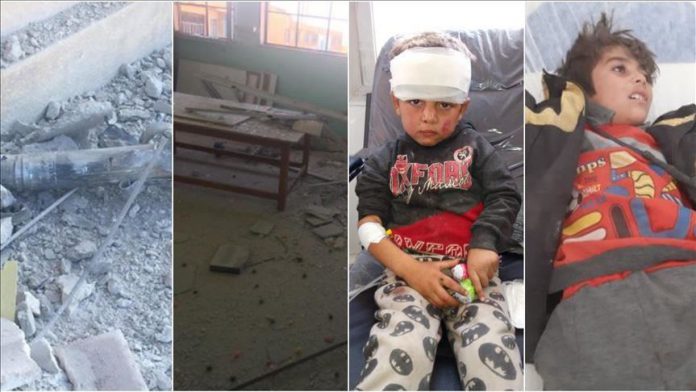 “The PKK/YPG who continued their harassments and attacks, and conducted bombings in the Op Peace Spring area have now targeted a school in Tel Abyad’s Curn village,” the ministry said in a tweet.