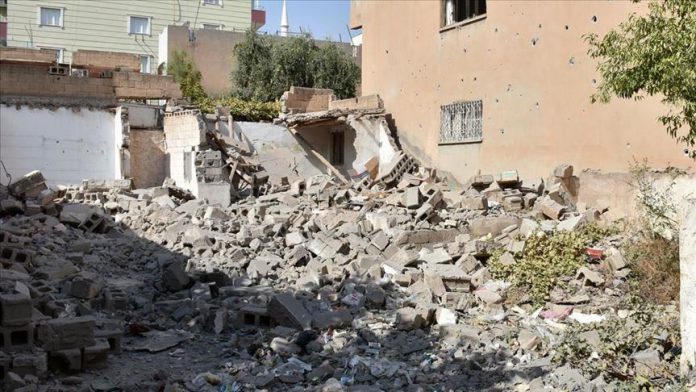 A civilian died in southeastern Turkey from wounds caused by a cross-border mortar attack by YPG/PKK terror group on Oct. 11.

Sivan Cetin died in a hospital in Diyarbakir province on Wednesday.

On Oct.11, eight civilians — including five children — were killed in border districts of Sanliurfa and Mardin provinces by YPG/PKK mortar and rocket attacks coming from across the border.

With Cetin’s death, the number of martyrs rose to nine in the attack.

Cetin, who owned a business near the area hit by an attack, was helping the wounded when he was injured in another mortar attack by terrorists targeting the same spot, and was referred to a Diyarbakir hospital for treatment.

Ankara wants to clear northern Syria east of the Euphrates River of the terrorist PKK and its Syrian offshoot, the PYD/YPG.

In its more than 30-year terror campaign against Turkey, the PKK — listed as a terrorist organization by Turkey, the U.S. and the European Union — has been responsible for the deaths of 40,000 people, including women, children and infants.