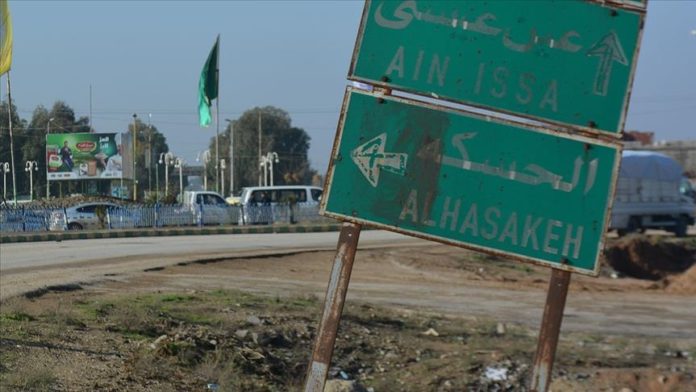 The YPG, the Syrian offshoot of the PKK terrorist group, attacked offices of the Syrian Kurdish opposition group the Kurdish National Council (ENKS) on Tuesday, according to sources in Al-Hasakah governorate in northeastern Syria.

The incident took place as tensions and clashes erupted between YPG/PKK terrorists and Iraqi Kurdish Regional Government (KRG) forces. The KRG has close relations with the ENKS.

Local sources who spoke to Anadolu Agency on condition of anonymity said the ENKS offices in the town of Amuda suffered extensive damage as the YPG/PKK agents fired on the offices and set them ablaze.

They added that the YPG/PKK agents on Sunday vandalized the ENKS’ office in Ad-Darbasiyah city in northeast Syria.

The YPG/PKK’s attacks against the ENKS come following tensions and clashes between the terror group and the KRG’s Peshmerga forces in Dohuk city in Iraq’s Kurdistan region which left one Peshmerga soldier dead.

Nine months of negotiations between the YPG/PKK and the ENKS failed due to the YPG/PKK’s refusal to withdraw from the areas in northern Syria it invaded in 2013.

Only Mexico can prosecute nationals, not others: FM