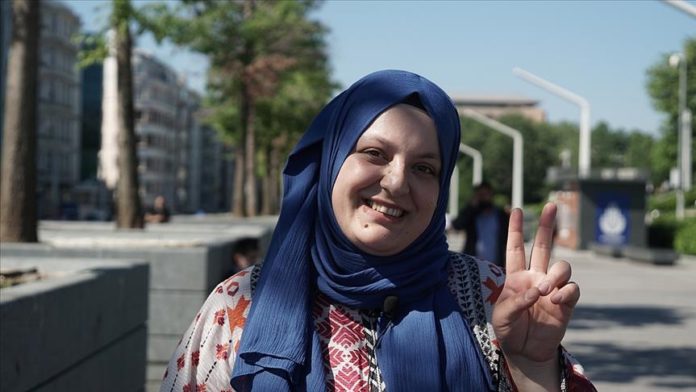 A Turkish social media maven has been telling the world about Turkey and its culture in Pakistan’s Urdu tongue, saying she is working to build stronger cultural bonds between her home country and Pakistan.

Turkan Atay has over a quarter-million subscribers on her YouTube channel, and in just nine months her videos have amassed hundreds of thousands of views. She starting making videos on Turkish culture, customs and traditions in Urdu after graduating from Punjab University in Lahore, Pakistan.

Speaking to Anadolu Agency, the 26-year-old said that while she had chosen Pakistan for education due to its affordability, initially she was in for a bit of a culture shock.

“I knew nothing about Pakistan. I got my suitcase and left Turkey,” she said. “At first, it was terrible. I cried and told my mom I wanted to come home.”

“Weddings, hospitality for guests, lifestyle – all of these are very different,” Atay said.

But as time passed, she started liking Pakistan better, its hospitality as well as the cuisine.

“The main difference is, of course, spice and bitterness,” she said of Pakistani food, adding that the abundant use of oil was not to her linking.

“But after a year, I started relishing it, and now I miss those dishes.”

Advantage of being Turk

Due to close Turkish-Pakistani ties, people from both countries are welcomed in each other’s lands, and Atay benefited from this too.

“I’ve always felt the advantage of being a Turk,” she said. “When you go to Pakistan and say that you’re Turkish, they really embrace you … if I get a chance I’ll go to Pakistan again.”

“Turkish series have a lot of influence in the closeness. Thanks to the series Resurrection: Ertugrul, and Kurulus Osman, interest in Turkish history rose, and they were admired, especially during the pandemic period.”

She added: “There are a lot of Pakistanis who get (Turkish) citizenship by investment and start businesses here. There’s also growing interest in trade.”

She said that after earning her degree in psychology, she returned to Turkey and has since missed Pakistan.

She wants to strengthen the mutual love and interest between the two societies through her video channel.

“I make videos in many areas such as daily life, meals, education, attractions, Turkish TV series, weddings, and customs. At the same time, when I go to Pakistan, I produce promotional content for my Turkish followers,” she said.

“What I want most is to serve as a cultural ambassador between Turkey and Pakistan, who consider each other sister countries. I get a lot of positive feedback, and I’m very lucky in that respect.”