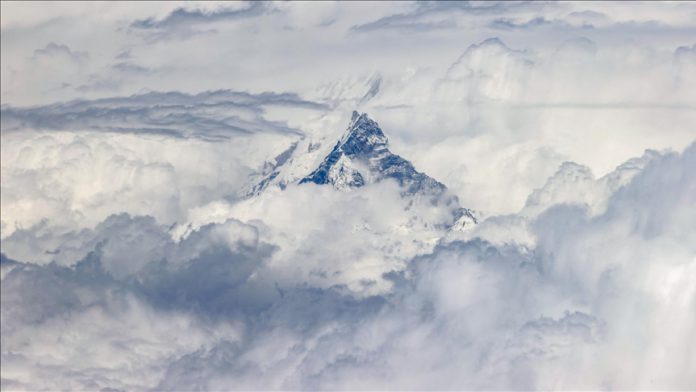 Adding another feather to his cap, Shehroze Kashif, 19, scaled K2 on Tuesday, making him the youngest-ever Pakistani to climb the world’s second-tallest peak.

According to his family, and the Alpine Club of Pakistan, the country’s state-run mountaineering organization, Kashif “successfully” climbed the 8,611-meter (28,251-foot) peak on Tuesday morning with the help of supplementary oxygen.

This May, Kashif scaled Mount Everest, making him the youngest climber to summit the top of the world.

Kashif’s successful attempt came a day after the bodies of three mountaineers, including Pakistan’s iconic climber Mohammad Ali Sadpara, who lost their lives in February while attempting to scale K2, were found by a few hundred meters from the top.

Previously, Sadpara’s son, Sajid Sadpara, was the youngest person to have scaled K2. He was 20 at the time.

Apart from Kashif, a separate group of four other Pakistani climbers from the northern Gilgit-Baltistan region – Ali Durrani, Mohammed Hassan Hushe, Mushtaq Ahmed Hushe and Yousaf Meeri Hushe – also made it to the top of K2 on Tuesday, the Alpine Club said.

The daunting K2, also known as the “savage mountain” due to its treacherous terrain, had never been scaled in the winter until last month when a 10-member Nepali team performed the feat.

Some 300 mountaineers have made it to the top before, but all of them took up the challenge in either the summer or spring.

Even in relatively better weather conditions, 86 climbers have lost their lives trying to scale the mountain, which towers over Shigar in Gilgit-Baltistan, Kashmir, home to six peaks with altitudes of over 8,000 meters, including K-2.

Hailing from the northeastern city of Lahore, Kashif is only the sixth Pakistani to scale Mount Everest. Among them, Samina Baig is the only woman climber to achieve this milestone, in 2013.

The son of a local businessman, Kashif started climbing at the tender age of 11, gradually scaling several peaks ranging from 3,000 meters to 8,000 meters before ascending Mount Everest and K2.

His 2019 expedition to the 8,047-meter (26,401-foot) Broad Peak, located in Pakistan’s northern Gilgit-Baltistan region, earned him the title “The Broad Boy.”