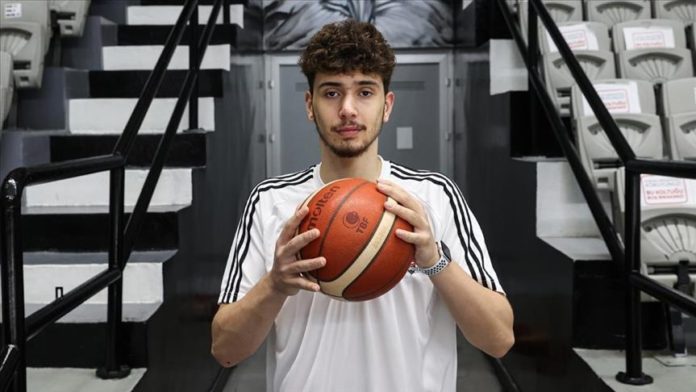 ​​​​​​​Alperen Sengun, a young Turkish basketball player who plays for Besiktas, is looking to improve his performance and ultimately move to the NBA.

“Some people have advised me to gain experience in Turkey for a couple of more years, while others suggest me leave [for NBA] as soon as possible,” he told Anadolu Agency on Wednesday. “I do not know what will happen.”

The 18-year-old big man said that organization and game planning is better in the US and that he wants to improve his basketball in the NBA.

The 18-year-old has had an impressive form in the Turkish basketball league this season, and for now, he’s focusing on his career in Turkey.

He said that before moving to the NBA, he wants to work with Mehmet Okur, a former Turkish NBA player, who has contributed to his success.

“I had the opportunity to work with Mehmet Okur and have been in touch with him for two years. Before joining the NBA and enter the draft, I want to work with him again,” he said.

Sengun said they practiced in training sessions together, and “I want to benefit from his experiences.”

On Besiktas’ performance, which moved to 6th place with recent victories after a bad start to the season, Sengun said: “We have a young squad and reacted well after suffering six successive defeats. Everything is now going as planned. Our goal is to be among the top four clubs on the table. We want to go ahead as far as we can.”

*Writing by Enes Calli in Ankara